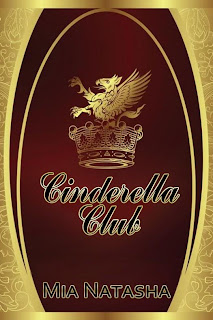 1. What does vanilla mean to you?

2. Is there any moment in your real life that you remember in slow motion?

I call that a phenomenological encounter. You capture the event with all of your senses and remember it in minute detail. There are lots of times I've felt that way, but if you couple it with love, then there are a few times that stand out more than others. Real life doesn't exist in my writing "career" - if that's what I'm calling this. Real life doesn't matter.

I was horrified by Michael Douglas' ass in Basic Instinct.

In what situation would a person be forced to get a tattoo on their face? That sounds creepy. If I wanted to write a story about a woman with a tattoo on her face, hmmmm, I might go with a very light floral pattern around the hairline, perfectly symmetrical. I have a tattoo scene in Cinderella Club.

5. How many monkeys jumping on a bed?

No one jumps on a bed. Are monkeys a euphemism for cocks? Then only the big ones are allowed.

6. Which of your books or stories you've written is your favorite?

I've written a few short stories as mia_erotica. You can find them on www.lushstories.com, www.eroticarepublic.com and www.literotica.com. My novel, Cinderella Club, is probably my favorite just because of the length. It started out as a short fantasy and expanded into this full length monster!

One day she meets dazzlingly handsome Brit Colin Duncan. But Colin has a secret. He is involved in an operation known as the Cinderella Club, a club true to its doctrines of obedience.

When tragedy strikes, Miller is unwittingly pulled into a world of bondage and submission. She learns a sexually charged version of the Cinderella tale and embarks on a journey that takes her to the deepest depths of her fantasy. Although she is sent to live with sexy Thomas Roslyn, a man with secrets of his own, another man seeks to claim her. Miller’s adventure takes her from New York to London, France, and Scotland.

Will she submit to a life with one beautiful man or another? And will she make the correct decision? Through sexual capture Miller seeks her True Master and attempts to ensnare her happily ever after in the process.

Posted by Giselle Renarde at 12:30 PM