Still, I want to share with you which works are in the top spots. I don't know why. I just want you to know.

So, here we have it. This week at Fictionwise, the top selling works of Giselle Renarde Erotica are:

What sort of work does the stunning Violette perform?

“Paid Companion,” she tells Arthur the quirky accountant, with a clever smirk.

Enraptured by her beauty, Arthur plans to spend his life’s savings on appointments with the dazzling artist. He looks beyond her obsession with the goddess Venus, he ignores the clues in her medicine cabinet, but how will Arthur react when he discovers his beloved Violette is a transwoman? Will his love for the beauty of her soul, a beauty she denies again and again, extend to her male body? Violette is, she claims, “About as beautiful as Kandinsky’s shirt button.” 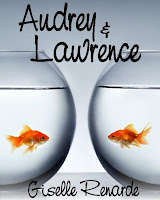 And, at All Romance Ebooks, top sellers are:

The sea monster Kaloopalooit lives in the cracks of the ocean ice, devouring the children of the Arctic.

When Enooya bets her husband she's a better fisher than he, she sets off unperturbed to the fissures in the sea ice. After all, the Kaloopalooit is just an imaginary monster the elders created to scare kids. Soon enough, Enooya discovers just how real the Kaloopalooit is, when it pursues her, dragging her down into the icy waters. The sea monster is beautiful and horrible, shimmering and bizarre. In exchange for breath, it demands that Enooya secure children for its dinner. Enooya has a better idea: Why not sample the delicacy called woman? 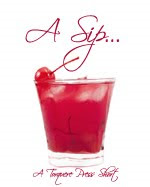 Waxing is for Pussies

Claire is a butch dyke who doesn't go in for all the "girly" stuff. Her girlfriend Billie works at a salon, joyfully painting nails all day. When Billie takes up hot waxing, she asks Claire to be her test subject. She also asks her salon buddy Soo Jin to give her hand. How will Claire and Billie react when Soo Jin takes the request for help as an invitation to play?

All in a Valentine Day's Work