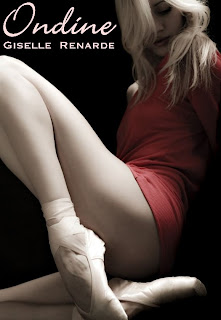 An Excerpt from Ondine

Imelda and Gavin married on a whim at the barefoot outdoor wedding of flower-child friends. Was it a smart decision? Who’s to say? After all, they did share identical life philosophies. For them, free love was not merely a licence to licentiousness, it was an actual shift in consciousness. The hippie movement allowed women to finally assert themselves as sexual beings without shame or embarrassment. Free love challenged the beliefs many held that women were merely men’s property. The free-loving hippies were out there saying, No way man! We women don’t belong to our husbands. We weren’t born to serve them and to devote our lives to making them happy. And never would Imelda find another man who believed so strongly in the feminist principles of free love as Gavin did.

Their untamed wedding night marked the perfect beginning to a free-loving marriage. The summer night was mild. Starry skies above. Firelight. Longhaired guests danced about the pit of flames in orbits representing the planets of our solar system. Barefoot bohemians entranced by the deep moanings of the didgeridoo were overtaken by the beat of the tribal drum. The sounds of the sacred instruments resonated deeply in them, arousing the energies of their base chakras. The intense vibrations tantalized not only the flesh, but the very essence of their beings on an atomic scale. The macrocosmic force of music impacted them at the microcosmic level of the flesh.

In the heat of fire and dance, shirts came off first, then jeans and long skirts. Stripping bare, some friends tossed their clothes into the roaring flames. When exhaustion set in, free spirits retired to the outer orbits where movement was slow and sensual. In the shadows, naked bodies writhed, some in pairs, some in heaps. In the frenzied environ of the cyclical fire dance, every configuration was groovy, man.

Spreading herself on a picnic table in the public park, Imelda presented her naked body as a feast for the guests. Let their souls derive nourishment from the light of this sacred being. As she stared up into stars, men, women, those who identified with all genders, those who simply were, caressed her form en mass. Innumerable hands softened her stomach. Their touch, their warmth competed with the night breeze to soothe her skin. She gasped as tongues ran the length of her sides, venerating her swollen breasts. A beautiful young woman with dandelions decorating her wavy orange hair licked and teased at one proud nipple, her bare tits pressing into Imelda’s side. At her other breast, a dark man suckled, his black beard tickling her skin. When he caught her staring at his mouth, he leaned up and pressed his pink lips to hers. Did they know each other? He was a friend of a friend, perhaps. She closed her eyes and kissed him deeply, not knowing precisely who he was. Her tongue writhed slowly against his, firm, and soft as warm satin. And then there were other lips, on her cheek, on her belly, on her feet even. Lips were everywhere, all over her skin.

Two hands brushed the wispy hairs of her thighs, and Imelda opened her legs for them. They were Gavin’s hands. She knew without looking. The deep resonance of the didgeridoo opened a locked room in her core. The man who’d been kissing her fell away so Imelda could see her newlywed husband. He appeared engulfed in the flames as the fire circle painted his naked flesh shades of orange and gold.

Female friends and friends of friends embraced every inch of Gavin’s body with adoring hands and luscious mouths. While gorgeous protesters and poets stroked Imelda’s feverish flesh, a tall woman ran her hands through Gavin’s hair, kissing his neck and his ear. Another rubbed his chest, licking him from elbow to shoulder. Their good friend Moonflower took his eager cock in her hand, stroking it in time with the beat of the tribal drum. There was no hesitation in her touch; she’d done this before.

Imelda could feel her cunt drooling for him, begging to be fucked by her new husband. Gavin responded before she could say a word. Taking her thighs in his grip, he slid her towards him on the table. Dandelion girl followed, tonguing her belly button and combing her mess of pubic hair. Imelda raised her legs, throwing her ankles over Gavin’s shoulders.

Dark-haired Moonflower gripped the base of Gavin’s proud cock as he penetrated his bride. Imelda enjoyed envisioning herself that way: as a cosmic bride, marrying not only a man, but his ideals. They were yin and yang. They were part of each other. Gavin the slow, firm lover filled her unequivocally. When he took hold of Imelda’s hips, pulling her closer to his thrusting pelvis, dandelion girl shifted back up to her breast. There, the woman suckled with heartfelt sensitivity, as only a flower child could. Her friend Enrique suckled the other tit with all the tenderness of a lion. The contrast of soft and hard, tender and forceful, drove Imelda wild. She grasped at the table, forcing her hips harder against her husband’s thrusting cock, wanting to feel it pounding inside of her.

Moonflower reached down to stroke Imelda’s clit, which stood proudly erect to greet the coming years of free-loving marriage. Soft fingers slid across her hot button while her husband’s cock entered her below. Gavin’s hands grasped hard at her thighs, his thrusts driving deep, deep, deep in her cunt. She tied her feet like twine around his neck. She forced herself, threw herself against him. The hands—whose hands? Everybody’s hands—stroking her skin, the mouths sucking her tits, sent waves of pleasure coursing through body. Pressing her fingers against the wooden picnic table, she raised her hips to Moonflower’s hand. Her pussy clasped her husband’s orgasmic cock until she felt that sensation she knew so well. She felt light and free, like every atom in her body was tingling with love, which she wished back out into the universe.

The orgiastic heap trembled with the vibrations of the tribal drum and didgeridoo. The roots of her marriage were planted that night. What greater gift could their friends give Imelda and Gavin on their wedding day? They were married...what a trip! Just a boring old married couple having boring old married people sex…

Excerpted from Ondine by Giselle Renarde

Posted by Giselle Renarde at 12:09 PM