June 21st marks the Summer Solstice, as most of you probably know, but you might not be aware that June 21st also marks National Aboriginal Day/La Journée nationale des Autochtones here in Canada. The Canadian government recognizes three groups as falling under the "Aboriginal" umbrella: First Nations Peoples, the Inuit, and the Métis. 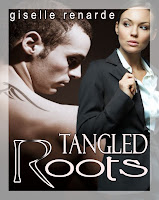 If you're interested, I've also written a number of other stories featuring characters from all three Aboriginal groups mentioned above: