50% Off ONLY ANGELS, Limited Time Only 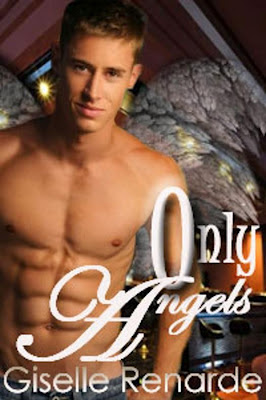 Only Angels is an erotic novella that hit the market well over a year ago. It's "Cougar" fiction (if you like that term--some do, some hate it) about an older woman who is married to some approximation of the devil, and meets a young angel in a very exclusive club.
Only Angels is also the story that gave breath to the popular MMF menage story "Wonderful Wing Boys."
For a limited time only, you can get a copy of Only Angels for 50% off at All Romance ebooks. That's only $1.49. and only for a limited time. (I know I just said that, but repetition is repetition, right repetition?)

Description
Jim Tate embodies of sex and power. He lusts after everything with tits, and nobody turns him down—not even Helena, and she’s been married to him for more years than she cares to remember! She’s always told herself she doesn’t mind him screwing the maid right there in their living room—Hell, she’s been at it with the cook. Who is she to judge?—but the constant comparisons to other women’s pert young bodies becomes more than she can handle.

When Helena follows her best friend Deb to a top-secret cougar club, she figures it’s just one more underground hook-up joint for older women and the hot young guys they crave. No surprise to find the place populated with golden chests and gorgeous faces. No surprise to meet a sweet and sympathetic virgin called Sandy. The surprise comes when he exposes his huge pair…of stunning white wings! The posh club is called Only Angels, and this is where Helena’s adventure begins.
Excerpt:
Power and sex.

That’s what everybody saw with Jim Tate. They didn’t even have to look at him to feel it. His magnetism was so profound, it shaped the air around him.

If he were standing behind you in an elevator, you’d sense him there even before you picked up the refined spice of his unfathomably expensive cologne. When he checked out your black nylon legs in high-heeled shoes, every molecule around you would get hot. So hot, you’d think it was the devil himself taking you from behind.

When you turned to make sure the fires of hell weren’t burning in back you, your impression would be confirmed with one glance of the distinguished Mr Tate. He wouldn’t smile at you. Juicy smirks were for sleazeballs. You’d be nonetheless drawn in by what you might read as an expression of contempt. He looked like he was above nature. He looked like he was better than you. He was quality, better than any man you’d ever seen, let alone been to bed with.

You would stare at him without meaning to. You’d try to look away, but you’d find him so impossibly alluring you’d go right on imagining the prick of his black goatee against your chin.

He wouldn’t lower himself to kiss you. He wouldn’t have to. When his striking gaze penetrated you, almost by accident, you would lose all control. The man had purple eyes. There they were: mauve flecked with green and gold. They were stunning. You couldn’t keep from launching yourself at him.

You would feel like a stupid schoolgirl throwing herself into the arms of a sexy teacher as you planted a kiss on his lips, but even your embarrassment wouldn’t stop you. His tongue would be at once sharp and warm as he returned the embrace. He would hold your head in his hands with such force you’d worry he might crush your skull. He wouldn’t harm you. This was a controlled burn. Nevertheless, and though he knew precisely what he was doing, you’d be scared out of your wits.