Remember how much I LOVE Kobo?

Let's start again: Remember the other week when Kobo had a hissy fit and blamed self-published authors for all the world's evils?  And removed ALL self-published books from their shelves?

Well guess what they've done now?  Okay, you probably don't have to guess since I wrote it in the heading of this blog post.  When I logged into my account just now I found that they'd "declined" four of my transgender romance titles.

I am motherflipping baffled by this. Baffled.

As you can see, these book titles are not racy.  They're certainly not "Fucking My Mutant Grandmother" (no judgement if you've written a story with that title--God knows I've written taboo erotica, but this ain't it, son!)  So I don't get it.  What the fuck is Kobo's problem with my damn books?

This book has not been published because the following elements are unacceptable by Kobo's publishing standards: 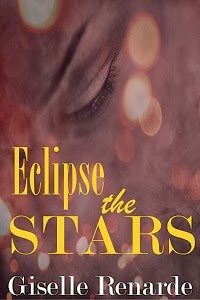 Jody used to be the star of the show. Now that her transgender girlfriend’s making heads turn, can she set jealousy aside to give Renata the love and commitment she deserves?

Jody and Renata have been a couple since the start of Renata's transition from male to female.  So much has changed in that time.  Jody used to be the beautiful, successful actress, and Renata the mousy, insecure, eternally-upstaged girlfriend.  Ever since Renata's surgery, she's gained confidence, stopped worrying about passing, and blossomed into an incredibly vibrant woman.  Now Renata's gaining all the attention while Jody's getting less acting work and worrying about fading looks.  Can Jody set her jealousy aside to give Renata the love and commitment she deserves?

The old ladies were already at the table, but they leaped from their seats to welcome…

Hugs all around, hugs for Renata, wonderful Renata…

“What a smashing outfit.  You always look so well put-together.”

“Yes, such a wonderful sense of style.  You’ll have to take me shopping some time.”

Jody silently slipped Renata’s jacket from her shoulders, earning a nasty look from the waitress after nearly elbowing the woman in the chest.  Jody walked almost all the way to the front of the restaurant to hang up their coats.  When she got back to the table, she realized there wasn’t a place set for her.  Renata was already deep in conversation by then, and when Jody tapped her shoulder, one of the elderly women said, “I think you’ll have to give us a few more minutes.”

“No, I’m…”  They’d had dinner together at least six times over the past few years.  Granted, the ‘old ladies’ were more Renata’s friends than Jody’s—an offshoot of one of the first women’s groups Renata joined when she began her transition—but still…shouldn’t they remember? “I’m Jody.”

The women looked up at her, all of them now, all eyes on Jody.  Clearly, they didn’t know who she was.

“I’m Renata’s…partner?”  Jody felt like she was outing herself all over again.

The silver heads started to nod, and smiles crept across the ladies’ lips.  “Oh, of course!  Julie!”

Giselle Renarde is a queer Canadian, avid volunteer, and contributor to more than 100 short story anthologies, including Best Women’s Erotica, Best Lesbian Erotica, Best Bondage Erotica, and Best Lesbian Romance. Ms Renarde has written dozens of juicy books, including Anonymous, Ondine, and Nanny State. Her book The Red Satin Collection won Best Transgender Romance in the 2012 Rainbow Awards. Giselle lives across from a park with two bilingual cats who sleep on her head.
--


Content Restrictions
All Kobo vendors must adhere to our content guidelines when distributing eBooks using Kobo Writing Life. Kobo reserves the right to remove eBooks that contain the following:
• Pornographic, paedophilic, or obscene content. This includes: incest,
bestiality, exploitation, sexual violence or force.
• Child pornography
• Hateful content: users may not publish material that promotes hate
toward groups based on race or ethnic origin, religion, disability,
gender, age, veteran status, and sexual orientation/gender identity.
• Violent content: Users may not publish direct threats of violence against
any person or group of people. Users may not publish instructional
material regarding the creation of weapons.


FFS, Kobo and Amazon are as bad as each other! The difference, in this instant, is that Amazon published two of these four ebooks without issue.  The other two I have yet to upload there. But you can buy Secrets and Guys and Everybody Knows at Amazon right now. See?


So what's your problem, Kobo?

You know what? I don't even care.  You bring me so few sales that I'm not even going to bother trying to figure out your mystical system. Be all cloak and dagger about why you've "declined" my transgender romances.

Posted by Giselle Renarde at 2:26 AM