How I Survived This Horrible Year

2017 has been terrible. Worst depression year I've had in almost 20 years. Anxiety on top of that.

I've got a lot to be grateful for. Aside from tax headaches, the horribleness of this year hasn't been personal. Nobody's died. I haven't been evicted. My girlfriend's still dear to my heart.

But sometimes things can be going right and you still can't cope. Mental illness is funny like that. This world is a hard place to live in.

So how do I cope?

Doesn't work for everybody, but it does work for me.  My girlfriend says that when she's having a bad depression day, comedy is the last thing she wants to consume. It feels too trivial to her.  But I want the trivial.  I don't want to think about all the bad stuff in the world, all the hatred and the fear.  I want to laugh. I just want to laugh.

The top three things that kept me going throughout this horrible, terrible year are: 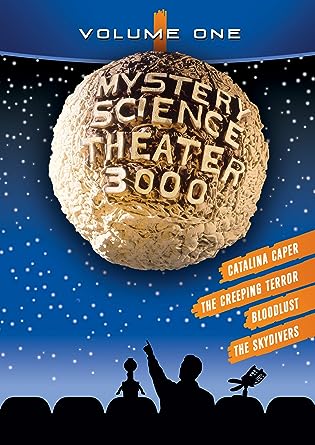 I have my girlfriend to thank for this discovery. MST3K was barely on my radar when she introduced me to it. But as soon as I started watching old episodes, I was hooked.

In case you're not familiar, it's a show from the 90s (recently revived by Netflix) set in the not-too-distant future. A guy and his robot pals make fun of the best of the worst B movies and sci-fi flicks. It's deliriously hilarious.

Bad movies, clever remarks and robot friends--what's not to love?

My sister turned me on to this wonderful Simpsons podcast. Being a huge fan of Golden Era Simpsons, I've really enjoyed reliving old episodes with two funny Australian boys.  Most of the people I spend time with are considerably older than I am, so it's great to vampire off their 20-something energy.

In every episode, Dando and Mitch review a different Simpsons episode. It goes in chronological order. New episodes are posted once a week.  They started with Season 1 and they're up to Season 6. That's commitment!

Four Finger Discount is my new favourite thing to listen to while washing dishes. 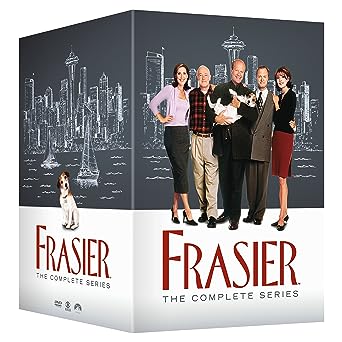 I love Frasier so much that when I had a particularly good sales quarter a couple years ago, I bought the entire series on DVD. Every night, I go to bed with Frasier. I put it on and let it lull me into sleep. It helps my brain power down.

I'm not sure how many times I've watched the series in its entirety, but I'm not tired of it yet.

So I want to send my gratitude out into the universe, or at least into the internet. Thank you to everyone helped to create the media that soothes my mentally ill mind. Maybe you didn't know it when you were making robots or recording podcasts in your living room, but you've helped someone this year.

You've really helped me.
Posted by Giselle Renarde at 1:18 AM