Authors Give Back with a Month-Long #Smashwords #Sale

According to the Smashwords site:

This sale is the direct result of several Smashwords authors requesting that Smashwords run a special sale. These authors wanted to show their support to readers who now face unprecedented social isolation, anxiety and economic hardship as a result of the world response to the Covid-19 pandemic.


I always make a lot of my short stories available for free during Smashwords sales, but this time I've also made two novels and an anthology available for free. I figure a lot of people are going to be spending a lot of time with books now and in the near future, so I might as well give some away. Why not?


FREE at SMASHWORDS during the AUTHORS GIVE BACK sale: 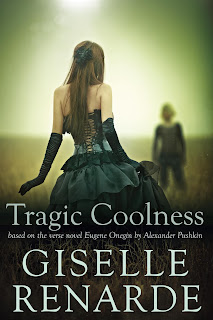 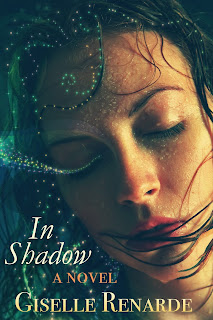 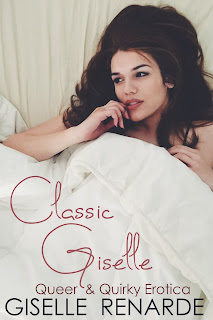 Please download and enjoy my free books.  If you're in the position to scoop up some sale items, there are plenty to choose from. Most of my catalogue is free or 60% off, so take a look and see what tickles your fancy.
Posted by Giselle Renarde at 4:53 PM No comments: Links to this post

This audio-first collection of lesbian erotica is now available as an ebook! You can still get the audiobook, if you prefer. Or spoil yourself! Get them both! 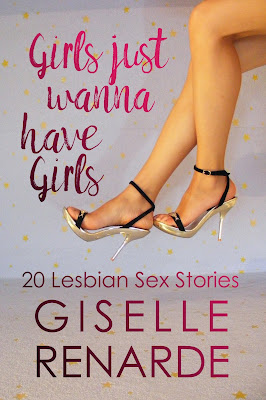 Posted by Giselle Renarde at 10:00 AM No comments: Links to this post

Thanks to Scribd, We Can Access Millions of Ebooks and Audiobooks FREE 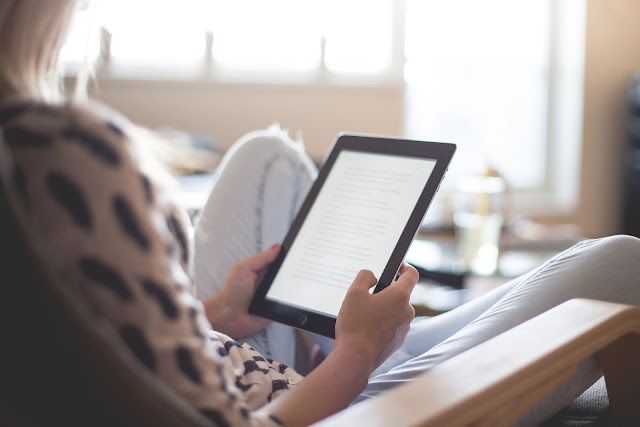 This is huge news.

Scribd, which is a subscription service offering ebooks, audiobooks, articles, and even stuff like sheet music, has done an amazing thing. They've offered us FREE access to their content for 30 days. No credit card required.

Today, with millions of people around the globe staying close to home to reduce the risk of spreading COVID-19, access to books and information is more important than ever before. Reading can offer incredible comfort: it reduces anxiety and makes us feel more accomplished and even happier. So, for the next month, we will be making Scribd’s library — which includes millions of ebooks, audiobooks, magazine articles, and more — available to anyone, free, for 30 days through this link.


I strongly suggest we all take advantage. Not only can we keep ourselves educated and entertained with free content, but we can support creators (like me!) while we do it.

Plenty of my ebooks and audiobooks are available through Scribd (384, to be exact!). Sign up today and let me entertain you!

Thanks to Scribd for their generosity.

Here, again, is the link to access Scribd for free for 30 days:
https://www.scribd.com/readfree?utm_source=readfree
Posted by Giselle Renarde at 8:52 PM No comments: Links to this post 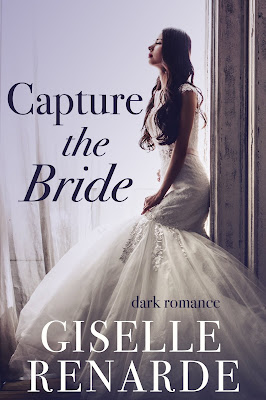 Tessa is two days away from marrying the wrong guy. What will it take to save her from a life of misery?

When Alec, Tessa’s ex, shows up out of the blue and begs her not to marry Sean, she brushes him off. Sean is the most romantic guy she’s ever met. So what if her friends aren’t so hot on him? It’s her future. It’s her decision.

Not as far as Alec is concerned. When Tessa won’t listen to reason, he takes matters into his own hands. He won’t stand idly by while Tessa makes the biggest mistake of her life.

Will Tessa change her mind before it’s too late? Or will Alec make the choice for her?

Find out in Capture the Bride, a new dark romance novelette from Giselle Renarde.

At present, Capture the Bride is available for Kindle Unlimited subscribers to read for free.

Capture the Bride is available for purchase through:

Ready to indulge yourself in queer confessional fiction? The first three books in Giselle Renarde’s “Lesbian Diaries” are now available in one collection! 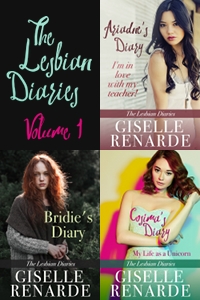 Ariadne’s Diary: Ariadne is desperate for love, and she wants her teacher to give it to her. When Ariadne’s grades slip into the danger zone, the buxom Ms. Bambini offers up some most unusual tutoring sessions. Ariadne never imagined her life would head down such a torrid path, but will Ms. Bambini’s help become Ariadne’s downfall?

Bridie’s Diary: Bridie never expected to find herself in this position at midlife: leaving her husband, purchasing her childhood home, falling in love with her tenant. Ness is everything Bridie is not. She’s young and bold and artsy and trans. But when Bridie’s best friend shows up, she’s torn between fresh possibilities and familiar passions. Will Bridie choose the old or the new? Or will life choose for her?

Cosima’s Diary: Cosima is a paid unicorn. No, not the mythical creature, though women like Cosima are almost as rare—that’s why she’s so much in demand. Cosima consorts with married couples. It’s not just a job, to her. She thinks of it as a calling. That’s why she’s so torn when she meets Lenore: part-time barista, part-time nurse, full-time girl of Cosima’s dreams. Lenore’s not so sure she wants to date a woman she has to share. Can Cosima choose between the vocation she loves and the woman she wants? 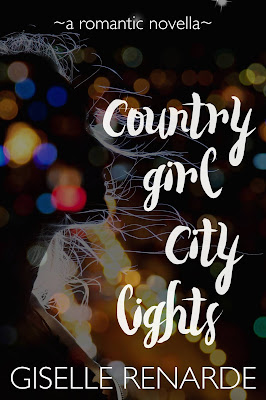 Ten years ago, I wrote a book called The Rococo Room. It didn't make much of a splash, but I still think it has a chance. So I revised it and gave a new image, new cover, new title: Country Girl, City Lights.

Perhaps you'll have a read? Particularly because it's on sale now, during Smashwords' Read an Ebook Week sale (March 1-7, 2020) for only $1! Might as well give it a try, right? (That low price only applies at Smashwords, btw.)

When bad boy Matt leaves the small town of Port Canatangua, Delia follows him to the big city.  Delia’s crazy about Matt, and refuses to believe the rumours surrounding his departure.  As soon as he finds a good job, he’s sure to get in touch.  Until then, Delia takes a dingy little apartment and a position as a security guard at the art gallery.  When she falls asleep on the job and finds herself inside a painting alongside Jacob the handsome shepherd, she tells herself it’s just a crazy hallucination.  What better place than a dream to find the man of her dreams?

Previously published as “The Rococo Room.”

See Amazon for print: https://www.amazon.com/dp/B0851MLWGV?tag=dondes-20
Posted by Giselle Renarde at 11:53 AM No comments: Links to this post

A number of my books are already available in large print, but I've been working hard at getting more on the market. I try my best to price match on my end so large print costs the same as the standard edition. I don't want people having to pay more for a larger typeface. 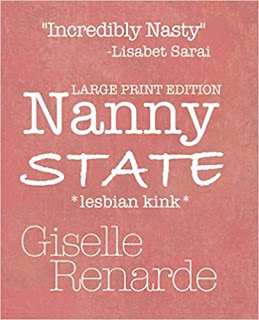 When Summer moves in with a family friend, she expects to be treated like an adult. Fat chance! Victoria exerts control over every aspect of her life, protectively setting parental controls on the television and demanding Summer come straight home after her university classes.

The unlikely couple embarks upon a series of naughty adventures, from discipline to diapers. But what happens when Summer wants to include a girl her own age? Will Nanny punish the wayward girl or accept another charge into their uncommon household? 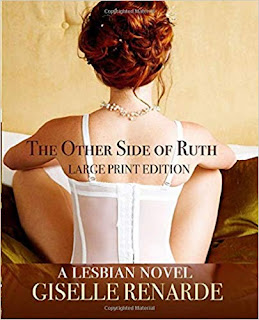 The Other Side of Ruth Large Print Edition: A Lesbian Novel
by Giselle Renarde

When a notoriously lesbian neighbour returns home to Toronto from Art School in Montreal, Ruth finds herself unmistakeably attracted. Agnes is quirky, creative, and significantly younger.

Despite their age difference, Agnes welcomes Ruth’s attention. But Agnes has secrets of her own. She plays hide-and-seek on Ruth, disappearing for months at a time. Where does she go? And what emotions are brewing between Ruth’s husband and his closest friend? Everyone on the block seems to be hiding something, and Ruth isn’t sure how long she can conceal her true self from the neighbours.

After twenty-five years married to a man, can Ruth find a place in her life for ambiguous, artsy Agnes? Or will the younger woman’s demons devour them both? 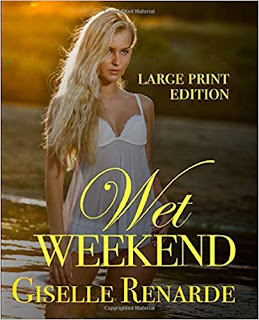 In this set of six sequential stories, girlfriends Talia and Cassie set off on a romantic resort getaway. Who knew they’d discover a wet and wild new fetish on vacation? Cassie’s a good sub who’d do anything for her girl, but what happens when Talia springs a scary surprise on her? If Talia requires total control, will Cassie be ready to submit? 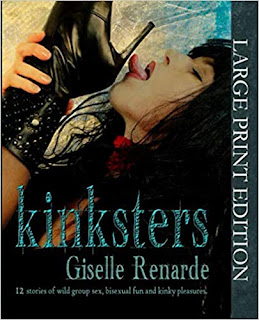 Kinky couples are great, but kinky groups are better!

In Giselle Renarde’s Kinksters anthology, a lesbian couple shares their fetish with a friend, while a sword collector pays five young men to fulfill her sex-swing fantasy. A gorgeous restaurateur cheats with two men in one night. Three college students take their tornado fetish on the road, and a Northern woman faces a dreaded three-headed sea monster. There’s an all-girl waxing session, a vintage clothing enthusiast and her bisexual man candy, and a cougar with two male escorts who also happen to be angels. In Rainbow Night, three rich ladies trade husbands for an evening, while a roomful of women adore a tattooed beauty in Lesbukake. 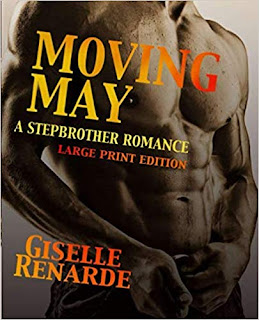 May’s moving in with her boyfriend, and she couldn’t be more excited… until Danny breaks up with her by phone! Now she’s stuck with mountains of boxes in an apartment she needs to vacate by the end of the day. The only person she can ask for help is wicked Ewan.

They don’t get along, but May’s in a jam. Will he help her move? Pretty please?Ewan rents a van and hauls May’s stuff to the new place, but that doesn’t mean he’s happy about it. Not until… well, let’s just say everything changes between them. They can’t keep their hands to themselves, which is so wrong for SO many reasons!

May might be an open book, but Ewan’s got secrets he’s not ready to share. What will May have to do to crack his tough exterior?

Buy now from https://www.amazon.com/dp/B084DGKWQL?tag=dondes-20
Posted by Giselle Renarde at 10:41 AM No comments: Links to this post