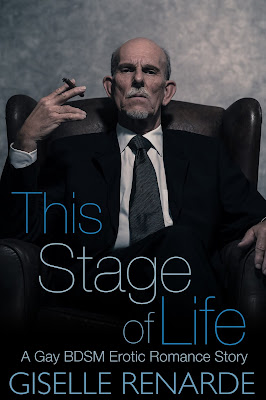 I recently got my rights back on this story, which appeared in an Evernight anthology called HIS: Manlove Edition--so if you bought that book, you've probably already read This Stage of Life. Well, unless you bought the book and didn't read it. I used to do that a lot: buy a stack of books and maybe read one of them, then buy another stack and same thing.

When he was a student, Andrew attended the Triple Threat musical theatre program at a respected arts school. Back then, he had a girlfriend. The dance teacher, Mr. Czarneki, had a wife. Twenty years after graduation, Mr. Czarneki is widowed and Andrew is gay. There's a definite spark. When Andrew follows his former teacher home like a puppy, Mr. Czarneki shows Andrew how to play like one.

This Stage of Life is being added to new ebook retailers all the time. You can buy it from a wide number of online stores, including...
Smashwords: https://www.smashwords.com/books/view/1061384?ref=GiselleRenardeErotica
Amazon: https://www.amazon.com/dp/B08RJDGZZ2?tag=dondes-20
Google Play: https://play.google.com/store/books/details?id=ViAREAAAQBAJ
Kobo: https://www.kobo.com/ca/en/ebook/this-stage-of-life

Posted by Giselle Renarde at 1:17 PM 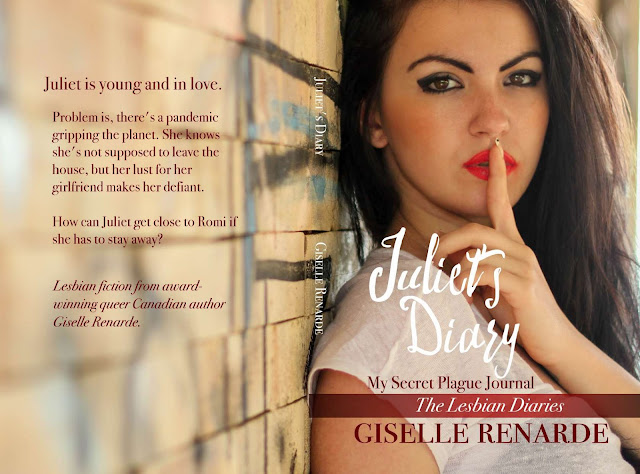 My pandemic novel Juliet's Diary is now available as a paperback!
This fourth book in my Lesbian Diaries series came as a bit of a surprise. I didn't plan it, but then we found ourselves in the grips of a global pandemic, so I wrote a novel featuring characters living in the now-times.

You can buy Juliet's Diary in print at Amazon: https://www.amazon.com/dp/B089M5B2JB?tag=dondes-20
Book Depository: https://www.bookdepository.com/Juliets-Diary-Giselle-Renarde/9798651142668
Barnes and Noble: https://www.barnesandnoble.com/w/juliets-diary-giselle-renarde/1137068563
and other places, I'm sure.

The ebook is still available, too! (links below) 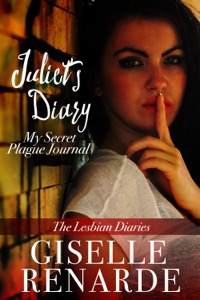 Juliet is young and in love. Problem is, there’s a pandemic gripping the planet. She knows she’s not supposed to leave the house, but her lust for her girlfriend makes her defiant. How can Juliet get close to Romi if she has to stay away?

This book is also serialized on the Radish app: https://radish.app.link/ydNxOnxfH6


tl;dr buy Juliet's Diary in print from Amazon https://www.amazon.com/dp/B089M5B2JB?tag=dondes-20
Posted by Giselle Renarde at 10:30 AM No comments:

This summary is not available. Please click here to view the post.
Posted by Giselle Renarde at 10:27 AM No comments: