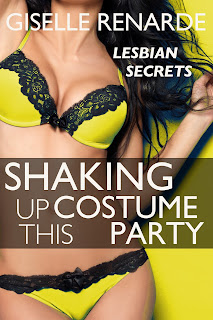 Posted by Giselle Renarde at 11:29 PM No comments:

Posted by Giselle Renarde at 8:57 PM No comments:

The Depression Handbook for Writers: A Simple and Practical Advice Guide

Is it just me, or are a lot of writers depressed? 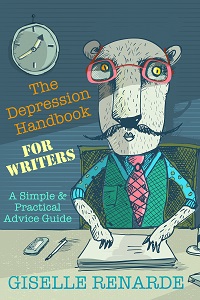 Whether you're a professional author or not, it's possible that you've dealt with depression in your life. I've been chronically depressed since my late teens. It sucks, but there is hope.

That's why I decided to put together a simple and practical advice guide for writers with depression. I'm not a doctor, so don't take anything I've got to say as medical advice, but if you're having a rough time right now, maybe you'll pick up a copy. It's free at most vendors.

What if you're not a writer, but you are depressed?

Well, this book consists of 3 sections:

So the first section is pretty general and could be helpful to writers and readers alike.

If you need this book, I hope it's helpful to you.

Find it at
Kobo
Google Play

As I mentioned, The Depression Handbook for Writers is free at most ebookstores, but it hasn't been price matched yet at Amazon.  If anyone's got a few seconds to spare, you could scroll down to the section that says Product Details, click where is says "tell us about a lower price" and plug in the BarnesNoble link, or the Google Play one. I'd really appreciate it. I want everyone who needs this book to be able to get their hands on it, and I don't want price to be an obstacle.

I hope this post crosses your screen exactly when you need it, or when someone in your life does. More than that, I hope it helps.

All my love,
Giselle
Posted by Giselle Renarde at 12:53 PM No comments:

Amber Quill Press, publisher of my novel Anonymous, will be closing down operations March 31, 2016. A notice on their website states that the site will be dismantled at that time, ending readers' access to their bookshelves and order history. If you've earned Rewards Points at the site, better use them up. (Might I suggest my MMF menage book, Anonymous?)

Amber Quill Press is a respected publisher of fiction, straight romance and LGBT romance. They've been in business since 2002, so the closure comes as a bit of a surprise. They always felt like an established, professional enterprise, to me. I enjoyed working with them. They were responsive to authors, reporting was excellent, they never paid late. I'm sorry to see them go, but I wish Amber Quill's owners and my fellow authors all the best in business, in writing, and in life.

Giselle
Posted by Giselle Renarde at 4:19 PM No comments:

Email ThisBlogThis!Share to TwitterShare to FacebookShare to Pinterest
Labels: industry

I've got a Crush on a Sexy Older Man 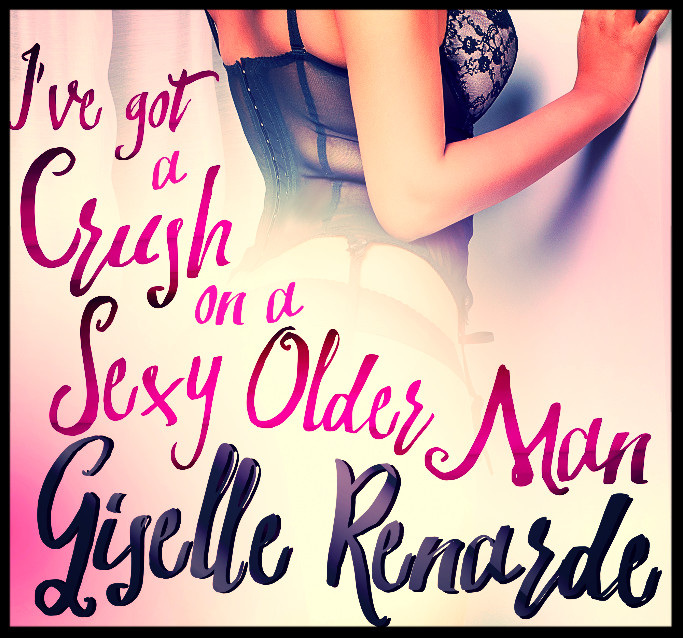 January is the month of older man crushes!

It's time to pre-order "I've got a Crush on a Sexy Older Man" for the incredibly amazing price of $0.99! This special collection includes TWO New Adult classics: "Stacy's Dad has got it Going On" and "A Man Needs a Maid."

Posted by Giselle Renarde at 12:24 PM No comments:

Diary of a Teenager in Love with a Teacher

I thought I was a Femme Fatale.

I thought that for years.  I thought I was this sexy little number who wouldn't rest until she'd seduced an unwilling high school teacher, by hook or by crook.

And then I found my diary from that time of life.

What a rude awakening.

I can't believe how innocent I was, considering I was 18/19 years old when I wrote those words. For years, I thought I'd entered that "relationship" as an adult. Any time anyone suggested a man in a position of power was taking advantage of me, it made me extremely angry. Now I realize the suggestion made me so irritable because it touched a nerve, hit the nail on the head, that sort of thing.

It's impossible to put myself in 19-year-old ME's shoes. The closest I can come is to read the words I wrote at that age. And those words are pretty damning.

But I don't think THIS relationship made me that way. I think it was merely a symptom.

Having said all that, Like It's 1999: Diary of a Teenager in Love with a Teacher is now being posted at http://likeits1999diary.blogspot.com for your reading pleasure. And my perpetual humiliation, probably.

It's written in short journal entries (and dreams, because my diary doubled as a dream journal) so it'll be posted that way. Each and every day, you'll be able to read a new entry. There are enough posts to take us to mid-March, so this'll be quite a journey.

Discover why my nickname in high school was Flakie. I always thought it was because I ate these mofos every day:

...but after reading my teenaged journal, I'm not so sure.

p.s. you can read the introduction to Like It's 1999 right here: http://likeits1999diary.blogspot.ca/p/read-introduction.html
Posted by Giselle Renarde at 11:53 AM No comments: