When the Student is Ready... 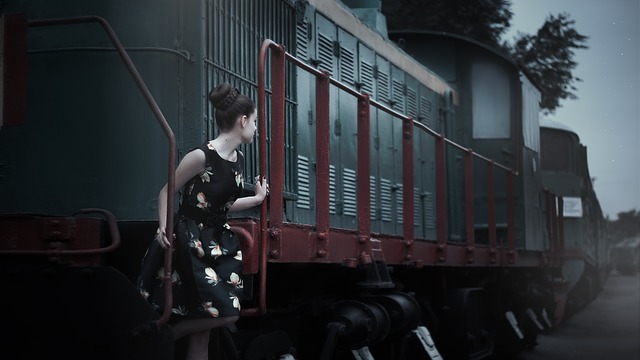 The other day I was listening to a tarot podcast, when the podcaster mentioned she's the type of person who is often accused of reading too much into things. She said she analyzes everyday events as though they were meaningful, because, in her mind, they are meaningful.

I tend to do the same thing. If you were writing a paper about some literary novel, you would read significant insights into the most mundane details. You'd assume the author inserted those details intentionally, to represent a character's state of mind, or to foreshadow upcoming events, or something.

(As an author--at least, as the kind of author I am--I can attest that a huge amount of symbolism makes its way into the text via the subconscious. I'm not generally thinking about what every little thing represents when I'm working on a first draft. In fact, I make an effort not to think too much about what it means while I'm creating.)

The aforementioned podcaster went on to mention that when we hear a saying like "When the student is ready, the teacher will appear," we assume that "teacher" is going to be an actual human being, someone who will flutter into our lives and take on a guru role.

More likely, the teacher will appear in many forms simultaneously. It won't be a person. It'll be many people. It'll be a situation and a book and a TV show. It'll be an interaction with a cashier, with a co-worker, with someone you meet by chance. You don't have to wait for the Wise Woman to show up and guide you.  You are constantly being guided.  You just have to pay attention.

Last night I attended an event where a young man read a short piece of writing composed by his late grandfather.  This piece was beautifully written. I couldn't possibly do it justice here, but I want you to know we're talking about some fine-ass prose.

He wrote about a train journey. When it begins, you're entertained enough by the views, by the people around you, by the simple fact of being on a train. After a time, you start pacing the aisles, wondering how far you are from the station. When you get to the station, that's when the good times really begin. That's when you'll have arrived.

The truth, he writes, is that there is no station. It is an illusion.

This message has been coming at me, lately, from multiple sources. It just so happens that I LOVE trains (my maternal grandfather worked on the railroad), so this incarnation of the message struck me hardest.

I've been living a life without goals for a long time, now, and it's felt very empty. Now that I finally have a goal in sight--and a big one, at that--I'm super-focused on achieving that one thing that'll bring me happiness at long last. Meanwhile, as I wait for that goal, I find myself feeling antsy, wanting to get there faster, wanting to be there NOW.

One thing I've learned is that I need the goal in sight. I know what my life looked like when I had nothing to look forward to: empty, desolate, almost uninhabitable.

But the more I get lost in dreams of what life will be like when I reach the station, the less attention I pay to the little wonders along the way.

Without my goal, I'd be lost. Even if it is an illusion, it's a necessary illusion.  Now I need to learn to enjoy the journey. There's no sense feeling miserable along the way.

Posted by Giselle Renarde at 10:26 AM No comments: