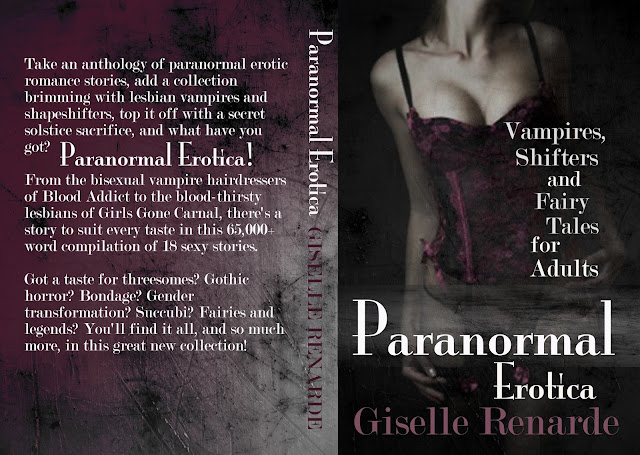 Turns out when I released my Paranormal Erotica Box Set in 2014, I never created a paperback version to go along with it. Well, that's been remedied. You can now buy the print version from Amazon, and it'll soon be available at other book retailers too.

From the bisexual vampire hairdressers of Blood Addict to the blood-thirsty lesbians of Girls Gone Carnal, there's a story to suit every taste in this 65,000+ word compilation of 18 sexy stories. Got a taste for threesomes? Gothic horror? Bondage? Gender transformation? Succubi? Fairies and legends? You'll find it all, and so much more, in this great new collection!

Here's a tidbit from the pile of things I forgot about: 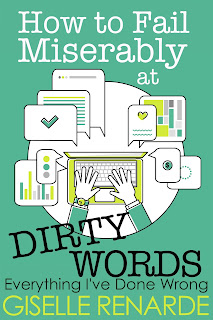 My latest "How to Fail" books are available, and they're free. So you should grab them both. Now!

This series is technically called "Everything I've Done Wrong" and it consists of short ebooks full of essays originally written for the Oh Get a Grip! erotica writers' blog. Each book has a different theme.

How to Fail Miserably at Dirty Words is about writing erotica, taboo smut, and other sex stuff.

You can get it from stores like Smashwords: https://www.smashwords.com/books/view/750768
and
Kobo: https://www.kobo.com/ca/en/ebook/how-to-fail-miserably-at-dirty-words 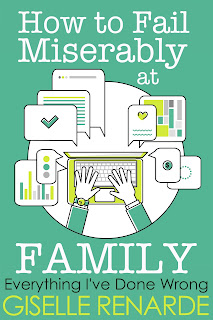 How to Fail Miserably at Family features a lot of essays about my family of origin, being an adult child of an alcoholic, intergenerational stuff, cycle of violence... it's a little heavy, but it's not exclusively heavy.

If you're the least bit interested in my experiences or you just like reading about other people's crappy childhoods (hey, you're not the only one), this is the Fail book for you.

It's available for free from places like Google Play: https://play.google.com/store/books/details/Giselle_Renarde_How_to_Fail_Miserably_at_Family?id=V885DwAAQBAJ and
Amazon: https://www.amazon.com/dp/B076F4MJJ1

My Fail books are free for the first two weeks following publication, so don't delay. Grab your copy today! (I rhymed.)
Posted by Giselle Renarde at 8:23 PM No comments:

Email ThisBlogThis!Share to TwitterShare to FacebookShare to Pinterest
Labels: erotica, FREE READ, How to Fail Miserably at Everything, life 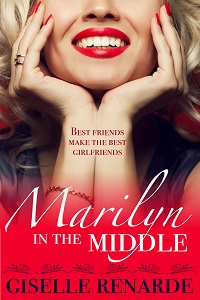 I couldn’t help but stare. There was just so much to look at.

Innes caught me, of course, and said, “She’s gorgeous, don’t you think?” Following my gaze to the huge cluster of Marilyn Monroe prints hanging over her TV, she went on to say, “If you ask me, she’s the most desirable woman there ever was.”

“Can’t argue with that,” I replied, even though I surely could have.

I could have said, “I know one woman who’s ten times more beautiful than Marilyn Monroe.”

Innes would have looked at me funny and hesitated before asking, “Who?”

Then I’d move in so close she would flinch. I’d wrap my arms around her curvy middle and say, “You, Innes. You're the most beautiful woman I've ever laid eyes on.”

I would kiss her, then—our first kiss, at long last! Whether she'd kiss me back or pull away I really wasn't sure. That's what had held me back all these years. To me, a kiss was a point of no return. From there, either a relationship began or a friendship ended.

If I were to kiss Innes, everything would change. For better or for worse...

By way of apology for the oversight, I've made "Marilyn in the Middle" FREE at those forgotten retailers. Not forever. One week only, so download your free copy today from...

Audio #Erotica from My Mouth to Your Ears

I have a bad habit of being overly transparent about everything.

And I have no plans to break that habit today.

Lately, I've been feeling really isolated. I spend less time online than I used to because I can't handle the news. It's overwhelming and it gives me anxiety and nightmares.

But the flip side of not being online as much is that I haven't been maintaining those human connections you get from chatting with your friends on Twitter and all that. I've always been extremely wary of strangers, so I shy away from interacting with anyone I don't know because I get really scared and intimidated.

Sometimes I spend hours on the phone with my sister. I'm amazed she has time to chat with me. She's got such a busy life. But, knowing I'm a big Simpsons fan, she recommended to me a podcast called Four Finger Discount. I came for The Simpsons, but I stayed for the friendly, funny Australian voices in my ears. When I listen in on their conversations, I feel less alone.

Audiobooks are so expensive to buy, but I wanted to give everyone access to affordable audio erotica. That's why you can have access to my weekly Audio Erotica for only $1/week. That's $4 per month. Although, to be totally honest, I hope you'll choose to support me with more money than that!


For $5 per month you also get access to a static gallery of "vintage" Giselle Renarde audio. "Vintage" means it's old. The microphone I used was a piece of crap and the production values are awwwwwful. But when I'm a fan of something, I always want inside access to early stuff. So that's what I'm giving you here.

You can elect to pledge a monthly amount in excess of $5, and I would very much appreciate it (trust me, there's a need over here), but those levels don't include any further extras. It's just a way for you to show your appreciation if you've got a little more money to spare.

I'm really excited about this audio endeavour, but without you I'm just a voice in the void. Lend me your ears, will you? Give my words somewhere pleasant to land.