Marilyn in the Middle: A Steamy #Lesbian #Romance Short

It's called Marilyn in the Middle and if you're wondering if the Marilyn being referred to in the title is in fact Marilyn Monroe, why yes. Yes she is.

For this friends-become-lovers story, I took inspiration from a friend I had in high school. She knew she was a lesbian, but she fought her impulses tooth and nail. She was also mildly obsessed with Marilyn Monroe.

I stole the Marilyn Monroe obsession for this story, but my character Innes isn't fighting her sexuality. If she's fighting against anything, it's love. Her best friend is in love with her and she chooses to kind of... not notice. Because if you notice, you have to act, and if you act it could all go wrong. Right?

Marilyn in the Middle
by Giselle Renarde

Jasmine’s in love with her best friend Innes, but Innes is obsessed with Marilyn Monroe! Innes has even decided to dye her hair platinum blonde so she’ll look more like the object of her affection. When Innes asks Jasmine to do the honours, of course she agrees. She’s tired of playing second fiddle to a movie star, but maybe the intimacy of the act will give her the courage to tell her best friend how she really feels.

If this goes badly, Jasmine will lose not only the woman she loves, but her closest friend. But if Innes feels the same way, it could spell Happily Ever After for two best friends.

Posted by Giselle Renarde at 1:03 PM No comments:

Now even more people will fall into the trap of thinking these are ACTUAL How To books that might possibly help business people in their business endeavours. These books ain't gonna help nobody. That's why they're called "How to Fail Miserably..."

But they'll distract you from life for a while, and possibly put a smile on your face. And the first two are still free, so you've got nothing to lose. 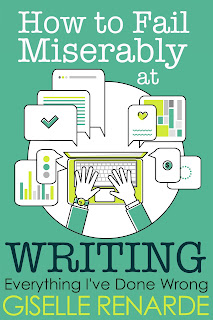 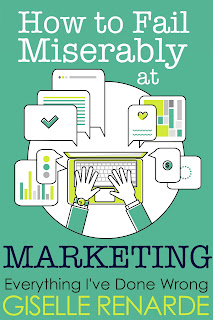 Posted by Giselle Renarde at 12:28 PM No comments:

Email ThisBlogThis!Share to TwitterShare to FacebookShare to Pinterest
Labels: books, How to Fail Miserably at Everything, writing

How to Fail Miserably at #Marketing

Last week I told you about a new series I'm releasing every two weeks. If you missed the first installment, it was called How to Fail Miserably at Writing. I know how to fail at EVERYTHING, and I've written extensively about my failures at the Oh Get A Grip! authors' blog.

These covers just aren't doing it for me. I'm going to try to set some time aside this weekend to create some better-looking ones. But the contents won't change, so grab your copy now! 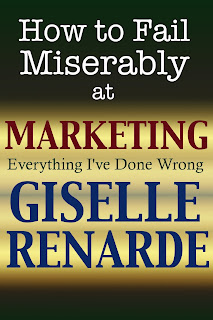 Don't let the publishing industry get you down. Let’s all join hands and fail together!

Posted by Giselle Renarde at 8:21 PM No comments:

Email ThisBlogThis!Share to TwitterShare to FacebookShare to Pinterest
Labels: books, How to Fail Miserably at Everything, promo, writing

How to Fail Miserably at #Writing

Why, you might ask, is Giselle giving away so much for free these days?

But the fact remains that I've been giving a lot away. And there is a reason for it. The reason is that... the world sucks. It sucks a lot. It sucks in big and scary ways.

Sometimes, when the world sucks, you have strength to stand up and fight.

And sometimes you don't.

When it all gets to be too much, you might retreat into something that feels comfortable to you. For me, that's comedy. One day I'll tell you how Mystery Science Theater 3000 got me through one of my deepest depressive periods. If you've read my depression handbook (also free), you know one of my favourite feelings is laughing uncontrollably when I'm massively depressed.

The next big thing is this series of ebooks I've assembled out of many years of blog posts at Oh Get a Grip. I believe there will be 8 in total, all on different topics. The first one is called How to Fail Miserably at Writing. They're all going to be "How to Fail Miserably" at something, not so much because they're giving you pointers on failing, but because I fail a lot and it was just a funny, self-deprecating title.

Because these ebooks are comprised of blog posts you can read for free at Oh Get A Grip (if you're willing to wade through 4 or 5 years' worth of posts to find them), I'm bringing each book out at zero dollars.

These collections will hit the skids market every two weeks, and they'll be free for the first two weeks of their existence. I actually uploaded the first one last week but a combination of laziness and perpetual failure has prevented me from blogging about it until now.

I could tell you more about what's inside, but I'm just going to post the book blurb because that pretty much covers it. Be sure to grab a copy while it's free! 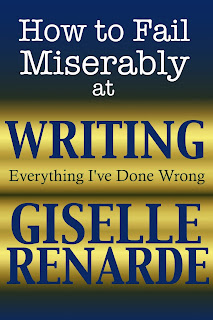 Have you ever had an editor tell you your entire manuscript needs to be rewritten? Three times? Giselle has. She’s experienced rejection letters, bad reviews, banned books, crappy sales, and painful missteps. If you’ve ever written a book that earned you neither money, fame nor respect, come sit by Giselle. If you have no idea what you’re doing in this business, neither does she!

Let’s all join hands and fail together!

Get your copy today from such ebookstores as:


Happy Failing!
Posted by Giselle Renarde at 4:53 PM No comments:

Email ThisBlogThis!Share to TwitterShare to FacebookShare to Pinterest
Labels: books, depression, FREE READ, How to Fail Miserably at Everything, life, sale price, writing 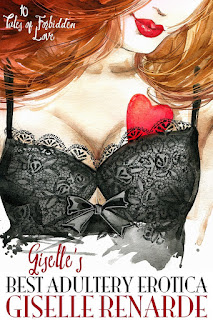 Sometimes the most passionate love affairs take place with partners who are strictly forbidden. Infidelity can be driven by mutual attraction, money, desire, want of attention or even sheer hatred. In this collection, read Giselle Renarde’s top ten favourite tales of adultery, hand-picked by the author. Whether the sex is angry or loving, spontaneous or carefully planned, the characters all have one thing in common: they’re sleeping with someone they shouldn’t—and it’s hot as hell! 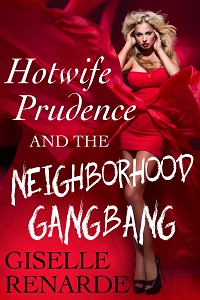 Some readers really hate cheating and infidelity in their fiction. I'm not one of them. Quite the opposite, in fact. If you've been following me for a while, you know I was mistress to a married man for ten years of my life. At the start of my erotica career, I used writing to process a lot of those really complicated feelings that go along with being a party to an affair.

Posted by Giselle Renarde at 10:11 PM No comments: