I wrote these words nearly two years ago. I'm reposting them today because we're coming up on the anniversary of my cousin's death. He's been very much on my mind, lately, and I feel much more peace around him as a person than I did when I wrote this post. I've found out more about him, too. My instinct was correct--he was abusive toward his family members. He was also struggling with substance abuse, depression, chronic pain, and he was scheduled for an amputation due to an horrendous infection. Context doesn't excuse behaviour, but it does help us understand.

The other thing I got right when I wrote these words? My grandmother died only three months later.


There's no place on earth
You're likely to miss
Her kiss

I can't remember if I've talked about Kiss of the Spider Woman before. I suspect I have. The musical soundtrack found its way into my life just in time to greet my burgeoning sexuality. Chita Rivera's performance in the title role helped to establish a connection between sex and death, because that's what she is, that Spider Woman. She's Sexy Death.

In the 90s, I developed a real fascination with Kiss of the Spider Woman in all its incarnations. I borrowed the LP from the library and taped it onto cassette so I could listen to it in my bedroom as I went to sleep. I read the play by Manuel Puig. I watched the movie, which features William Hurt and Raul Julia. For me, this piece established a connection between queerness and the Femme Fatale, both of which I began to identify with as a teen.

My family's been flirting with the Spider Woman a little too much this week.

No, it's been more than flirtation.

On Monday, my grandmother had an appointment with a very frank doctor who advised her that it's time to start looking at end-of-life care. I'd been to visit my grandma on Saturday. She's got multiple infections again, the same ones she had when she spent all those weeks in hospital early this year. The antibiotics are making her quite ill, but beyond that she's having problems with... everything, really, at this point.

On Tuesday, my mother called me. Her voice was trembling. She said, "I've got some sad news to tell you."

I knew exactly what she was going to say. What else could it be?

He died of a drug overdose.

Now, here's where things get complicated, for me, for my grieving process: I can't tell you how many nights I've spent researching elder abuse resources because of this cousin. Perhaps I ought not speak ill of the dead, and I beg his soul's forgiveness if I'm mistaken, but it's my belief that this young man was an abuser in many senses of the word. He lived with his parents, both of whom are over the age of 65, and the way I overheard him speaking to them on multiple occasions... the threat of violence in his voice...

I spent my young life in a household plagued by domestic violence. I spent another decade working in a shelter for women and children escaping precisely that violence. You do develop a sixth sense, an ability to pick out abusers, and I believe, right down to the core of my being, that my cousin was one.

Not that my aunt or uncle would ever suggest such a thing. They do admit he's stolen from them. Aside from that, it's stiff upper lip all the way.

Except that my cousin's sister (who also happens to be my cousin) has moved house recently, and she asked us all to please not tell her brother where she lived.

When I received news of this young man's death, I felt much the same way I did when I found out my father had died: free. In this case, the freedom was vicarious. When there's someone in your life who poses a threat--especially when that threat is both imminent and physical--there is an element of release and relief to their death. They can't hurt you anymore, except inside your own mind.

And I suspect my aunt, my uncle and their daughter will be suffering in the extreme, inside their minds, for the weeks and months and probably years to come. They will feel guilt. The will feel culpability. They will feel responsible for what happened.

The grieving process is so much more straightforward when you simply loved the person. Of course, that's a pretty utopian view of any relationship. Is there anyone in the world you only love? You have no points of contention with? Probably not.

But in a situation like this, man, grieving is a mess.

Today my aunt and uncle paid a visit to my grandmother. They went over to inform her that their son had died, and the circumstance of his death. My mother was adamant that my grandma shouldn't be left alone after receiving the news, so two of my aunts stayed with her until bedtime, and the nurses at the retirement home will be checking in on her throughout the night.

My mom was concerned my grandma would try to kill herself. And while my grandmother does seem incredibly enamoured of that Spider Woman, I doubt very much she'd try. I don't think she's physically capable of killing herself, at this stage. To that, my mother said, "What if she's been stockpiling pills? You never know what she's capable of!"

I think the more likely scenario would be what happened in my uncle's family. A few years ago, my uncle's brother died. He was not an old man, maybe in his 50s? He died and, three days later, their mother died too. She didn't kill herself. She just... stopped being alive. It's what you hear about with elderly couples. One dies of an illness and the other dies of a broken heart. That's what happened to my uncle's mother when her son passed.

Will a grandson's death be the thing that stops my grandmother's heart beating? I wouldn't be at all surprised.

But I'll leave you with a story my aunt told me after my grandfather died. My aunt went over to my grandmother's house to help her get ready for the little visitation type thing we had for him. When she walked into my grandmother's bedroom, my aunt found my grandmother sitting on the bed, weeping. We don't cry in my family, so that was a big deal.

My aunt went over and put an arm around my grandma and said, "I know. You miss Daddy."

My grandma gave my aunt the most confounded look. Her husband and abuser of almost 60 years had just died. What she said was: "I'm finally free."
Posted by Giselle Renarde at 11:30 AM

Email ThisBlogThis!Share to TwitterShare to FacebookShare to Pinterest
Labels: life

As I wrote the blurb for this book, I kept asking myself: how do I convey to you that the stories in this book aren't pure garbage? (I have incredibly low self-esteem, by the way.)

But many of these stories have a much stranger history. Many of them actually WERE selected for publication. And then the publisher got bought out by another company, and the new people scrapped the vast majority of the old books, so my beautiful stories were left without a home. 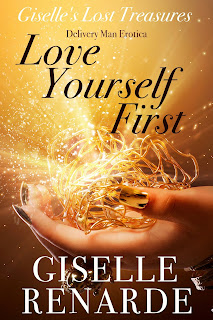 Then there's a little tale called Love Yourself First.

When I was compiling Giselle's Lost Treasures, I knew in the back of my mind that Love Yourself First had never been published. I needed to make sure I had a rejection letter on file. The last thing I wanted was to receive an acceptance from the editor and have to swallow my pride and admit I'd already published it myself. That's a great way to earn a bad reputation, as well as the irritation of an editor.

I didn't have a rejection email regarding Love Yourself First. Because I'D FORGOTTEN TO SUBMIT THE STORY FOR CONSIDERATION. Talk about stupid. I even found an email back-and-forth with the editor where I'd assured them I would submit a story for their upcoming anthology the next day. Well, I never did that.

Maybe I don't need to earn a bad reputation. Maybe I already have one. I certainly hope not. It isn't malice--it's forgetfulness, I swear. 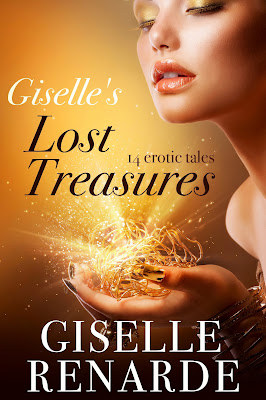 Discover something new, fresh from the vault, with Giselle's Lost Treasures!

Email ThisBlogThis!Share to TwitterShare to FacebookShare to Pinterest
Labels: books, desires, erotica, why did you write this book?, writing

The Big July #Smashwords #Sale is Back!

It's time, once again, for the annual July Smashwords sale... and you know what that means!

It means FREE EBOOKS from your friend Giselle!

If you're anything like me, you're struggling for entertainment right now.


So that's why I'm thinking you might be looking for freebies--now more than ever.

Here are some ebooks you can download for free from Smashwords throughout the month of July 2020:


If you have money to spent on my books right now, I would also appreciate that very much. I've got plenty of short stories on sale at Smashwords right now, in addition to novels, novellas, novelettes and anthologies. Sale ends when July is over, so get clicking. Hope you find something that tickles your fancy and suits your budget! I'm sure you will.
Posted by Giselle Renarde at 12:55 PM No comments: