Why my Girlfriend Won’t Wear an Apron

Why my Girlfriend Won’t Wear an Apron
or
Am I a Female Chauvinist Pig? 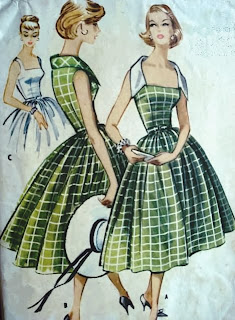 My Sweet and I are recovering from another little spat. I’m doing a bit of warehouse contract work at the moment, and yesterday a young woman there asked my age. She followed up my response with, “Oh my god, you are so old! Are you married?” Umm…no. “Oh my god, you’re not married? Oh my god, but you’re so old!”

The young woman walked away, and another woman I work with turned to me and said, “What a rude girl! To ask your age, and if you’re married. Very rude.” Of course, I came home and mentioned all this to Sweet, assuming she’d agree with me.

“I don’t understand you,” she said. “You claim to be a feminist, but here you’re holding on to outdated, chauvinistic beliefs that it’s rude to ask a woman’s age. She wasn’t being rude. She was asking straightforward questions. What’s wrong with that? You’re being juvenile and anti-feminist.” 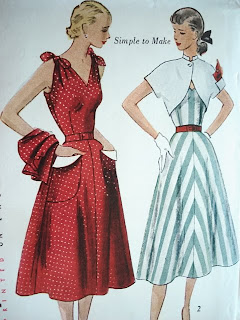 Juvenile and Anti-Feminist? Them’s fighting words! And Sweet knows very well the reaction they provoke. She knows, if there’s one way to get my dander up, it’s to question my commitment to feminism. I was pissed. Not because Sweet disagreed with me, but because...well, okay, maybe a little bit because she disagreed with me.

I don't just call myself a radical feminist, I live that way. I’m a vocal proponent of equal rights for all. I’m rude, my mother says. She means outspoken. I don’t let things sit. When I see injustice or hear people say things that denigrate women or any other marginalized group, I say something about it.

That’s why it was such a kick in the gut for Sweet to call me anti-feminist. How dare she? But then I started thinking about one of the few fantasies I have involving Sweet that she won’t go along with: I would love to watch her cook me a steak dressed in the full June Cleaver get-up—pearls and heels and vintage housedress.

So, the question remains. Am I a Female Chauvinist Pig? I mean, I can see why Sweet might find that demeaning, but that’s not even the reason she won’t do it. For her, as a trans woman, it would feel too much like Fetish Dressing. Psychologically, she has a very strong need to separate herself from the mentality and culture of cross-dressing. She wants to be seen as a woman like any other. So, “dressing up” to satisfy any fantasy of mine—particularly in the sexual realm—is completely out of the question. And that’s fine. I understand. No June Cleaver for Giselle. I’ll live. 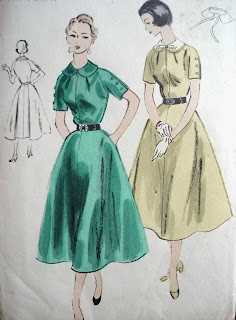 But my primary concern still remains. What the hell is with this retro housewife fantasy? I know I’m a feminist. And I won’t say that women or lesbians can’t be chauvinist pigs, because we certainly can—and many do—belittle other women. But I know I don’t degrade my partner. She’s awesome. Sure she whines every time she breaks a nail, but that doesn’t mean she backs away from the power tools. She can cook and do electrical work. I love that.

I think we all want to come home to a partner who understands the aggravations of the workday, who realizes our feet are aching from standing for eight hours straight, and, more than anything else, understands that we need to fell heard. I don’t need Sweet to fix me a martini and rub my feet—though, honestly, I wouldn’t say no to either—but I do have a need to hear those two magic words, “I understand.” It bothered me that she couldn’t just give me a big hug and say, “I can see that all those questions irritated you. I’m sorry you had a rough day.” Really, that sentiment is far more valuable than pearls and apron strings.
Posted by Giselle Renarde at 9:00 PM