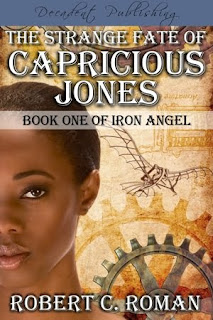 Vanilla is a fantastic flavor that often gets diluted and coated in sugar. Take away some (all?) of the sugar, concentrate it to where it tastes like vanilla rather than milk, and suddenly you remember that vanilla is a spice!

Yep, sorta. First time for a certain Ur-Goth and I. More to the point, her initiating that time, and the manner in which she did so. She surprised me. I don't get surprised often. I suppose the 'slow motion' thing might just be that I was stunned, like an ox thwonked on the head with a mallet.

Never been that 'unsettled' by a movie that I can remember. The most unsettling IMAGE I can remember is from the 'Pressed Fairy Book'; one of the fairies is flattened while desperately trying to keep her skirt down. She's almost perfectly preserved, down to the look of offended modesty on her face, but on second glance what first appears to be a halo of flower petals behind her head is actually hair stuck in splattered grey matter. Don't know quite why I found it disturbing, or why it stuck with me, but it has. I don't even own the book, never did. Just paged through it at the store one day.

Something feline. I believe in truth in packaging.

That's SUCH a hard question for me. I'm so terrible fond of all of them. If I simply must choose, I'm going to let your spelling of favourite be my guide and say 'The Strange Fate of Capricious Jones'which is due out September 13th from Decadent Publishing. It's a Steam Punk Action Adventure Novella, and the first story in the Iron Angel series.

The Triple Alliance, led by Kaiser Otto II, struck without warning. The combination of Prussian military might, Austrian clockwork, and Ottoman funding cut through the unprepared Entente powers like a chainsaw through Brie; hamstringing Britain, pinning Russia, and very nearly destroying France. The year is 1908, and the Entente is almost defunct. One base in the south of France is all that remains in Entente hands. All that remains to defend freedom are three Engineers.

One is an ingenue.

Posted by Giselle Renarde at 11:34 PM