Silly, sexy, and full of really terrible poultry puns, this fairy tale might take you to bed, but it won't put you to sleep. 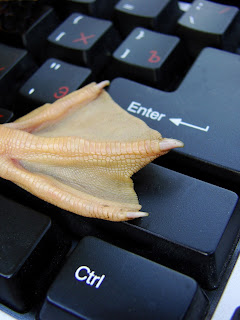 
En route to meet her handsome prince, princess Svana begs her waiting-maid Rosamunda for a quick cuddle. Rosamunda complies, then taking by force the princess' royal apparel. Before Svana can say, "Identity Theft," the waiting maid marries her prince and the poor princess is forced to take a job minding geese. When the pervy goose boy vexes her, the aged king hatches a plan to get Rosamunda to reveal her true identity.

If you're not a member of RUTHIE'S CLUB yet...hmm...maybe you should be!

Posted by Giselle Renarde at 2:55 PM