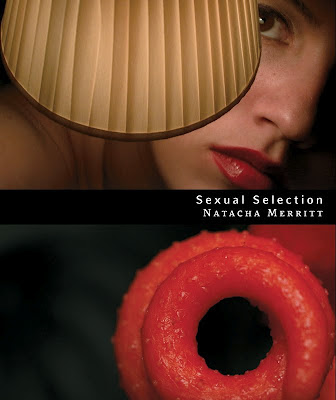 NATACHA MERRITT RETURNS WITH NEW PHOTO BOOK SEXUAL SELECTION due May 2012
“Her eerily intimate depictions of fucking and sucking transcend smut. Even literate smut.” Rolling Stone (about Digital-Diaries, 2000)
“The juxtapositions are exceptional… Of course I like the real people having sex, and to put them next to these other biological forms is really original and leads one's imagination to places it hasn't been…” Richard Prince (about Sexual Selection, 12/2011)
Sex. Art. Insects?
In 2000, Natacha Merritt released Digital-Diaries (Taschen), the first ever book to feature exclusively digital photography. What was the 21 year old San Francisco native photographing? Her sex life with her friends, masturbating with and without accessories, in bed, in the shower, in hotel rooms, from every imaginable angle and with the camera usually at arm’s length. Digital-Diaries allowed the reader a no-holds-barred insight into Merritt’s fantasies, desires, exploits and realities. Her controversial work was soon featured in diverse publications across the world from Rolling Stone to The Observer, from Playboy and Der Spiegel to Dazed
and Confused. The book went on to become an L. A. Times and Amazon bestseller, moving over 300,000 copies.
Merritt’s new book Sexual Selection is in many ways even more captivating. She applied her distinctive vision to a subtle and complex art, creating astonishing and surprisingly lyrical images as she compares and contrasts the sexual intricacies of plants and insects with her own elaborate sexuality. She returned to higher education to study evolutionary biology, noting “The leap makes sense when you are passionate about sex. All roads lead to evolutionary biology, speciation and genetics.” It wasn’t long before she became transfixed with arachnid genitalia, peering down a microscope for hours on end in order to capture the perfect images
of a spider’s erect penis, one of the photos featured in her new book Sexual Selection, published in May 2012 by cult Berlin arthouse Bongoût.
Each image is unmistakably a work of art that transcends easy categorisation. Lush and eerily intimate photographs capture the fleeting moments of arousal and grant us a rare insight into our universal sexuality. With the questions she asks as a scientist, she answers as an artist with photography and writing; why are some sexual practices and organs so detailed, complex and downright bizarre when this gets in the way of basic survival? As Natacha explains, “Sexual selection is the sensual side of evolution. It explains the ornate, the creative and the beautiful, it can explain arousal. It’s what gets us laid.”
By exposing the often over-looked sensual and sexual behaviour of other species as well as our own, Sexual Selection is guaranteed to broaden the readers’ sense of beauty and arousal regardless of their vantage point.
Pre-order your copy here:
http://shop.bongout.org/p-1450-pre-order-sexual-selection-natacha-merritt.aspx
www.natacha-merritt.com & www.bongout.org/natacha_merritt.html
Posted by Giselle Renarde at 2:51 PM