This isn’t recent news, but apparently elfin Icelandic singer Bjork has whacked a few guys in airports over the years. The first such event occurred when a member of the news media had the audacity to greet her with the words, “Welcome to Bangkok.”

I’m not sure that deserves a smack. Maybe if he’d said “You are welcome to bang my cock” or [insert your own Bangkok joke here], I’d be more sympathetic.

And, yes, I do realize there are plenty of other celebrities who hit photographers in airports…here’s lookin’ at you, Woody Harrelson. But, hey, I feel ‘ya, man! Sometimes photographers look exactly like zombies. Hell, sometimes I can’t tell the difference either.

I just related better to scrappy little pixies, I guess.

Anyway, all this gossip about assaults on photographers has me pondering the appeal of celebrity. According to a Pew Research Centre poll, 81% of 18-25 year-olds agree that becoming rich is their top (or at least second-top) priority in life. 51% said the same thing about becoming famous.

There you have it: Generation Y wants to be rich and famous.

Now, we all know there are three types of lies (lies, damn lies, and statistics), so I take any poll results I hear about with a grain of salt. That said, the rise of Reality TV stars is a pretty good indicator of what people will do for th 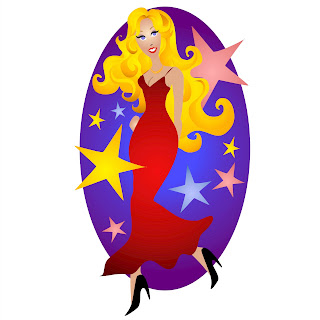 eir 15 minutes of fame. Not that this is a new phenomenon. Think Gong Show. But the fact that people actually attain a certain level of notoriety—if not fame itself—despite a lack of any discernable talent is…well…it’s kind of pathetic.

It’s one thing if you have a great gift you absolutely need to share with the world…but I suppose the problem is that pretty much everybody thinks they’ve got talent. I’m still thinking Gong Show. Boy, do I need to update my points of reference!

The idea of celebrity doesn’t appeal to me one bit. I can’t stand the idea of half the world reading about my dating disasters in a gossip magazine. Sure, I share a lot about my life and relationships via my blog, but I feel like that’s on my terms. To the best of my knowledge, catty scandalmongers aren’t all that interested in where Sweet and I ate breakfast this morning. And I don’t like having my picture taken on the best of days.

The more I think about fame, planes, and paparazzi, the more I sympathize with Bjork and all the other camera-guy-smackers. I’m sure I could be pushed off the deep end easily enough. If there happened to be a photographer in my face at the time, he might just feel the wrath of my own fairy fists.