Check Out This Gaping Slash!

I'm trying to come up with some kind of joke about how The Big Book of Domination will jump out of its envelope whenever it damn well pleases, whether it's arrived at its destination or not. As you can see, my contributors' copies barely made it to my door without spilling out. Thaaaanks. This is after Canada Border Services fisted my Nine-to-Five Fantasies last week. The government just can't keep their paws off my smut.

Timing is a funny thing. As I'm writing this blog post, I happen to be watching America's Funniest Home Videos (don't judge) and they happen to be showing videos of dogs wearing costumes. Funny timing because the story I wrote for The Big Book of Domination is also about a costume.  No dogs, though. 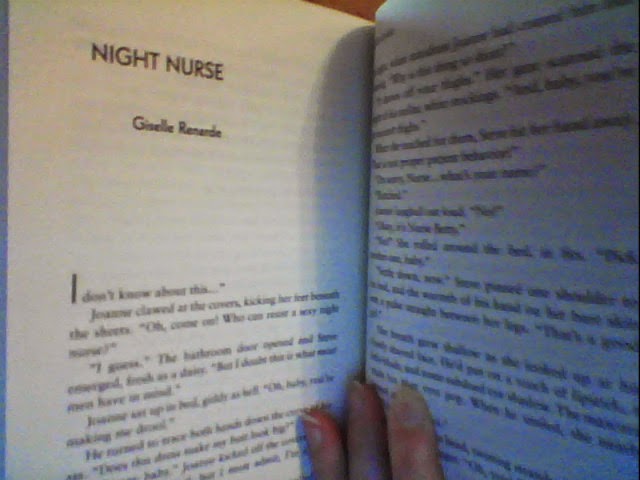 It's not forced feminization, but it kind of is.  It's cross-dressing erotica, but it kind of isn't. It's a story about a married couple with a great sense of humour, about a guy who doesn't take himself too seriously, about a woman who likes the look of a man in a naughty nurse uniform.

It's also a case where the partner who's tied up is totally in charge.

With a squeal, Steve shuffled backwards. His cute canvas tennis shoes squeaked against the hardwood floors. “Keep those hands to yourself, young lady, or I’ll have to bring out the restraints.”

“Just watch me!” Steve grabbed the Velcro pads from the dresser and strutted haughtily to the bedside. “Hands up against the iron posts.”

“You’re fighting a losing battle, young lady.” Steve grabbed both wrists as she tussled against him. “Don’t even bother. You’ll never win.”

There's more to come in this hop of blogs. Where and when? Who can say? Oh, I can: