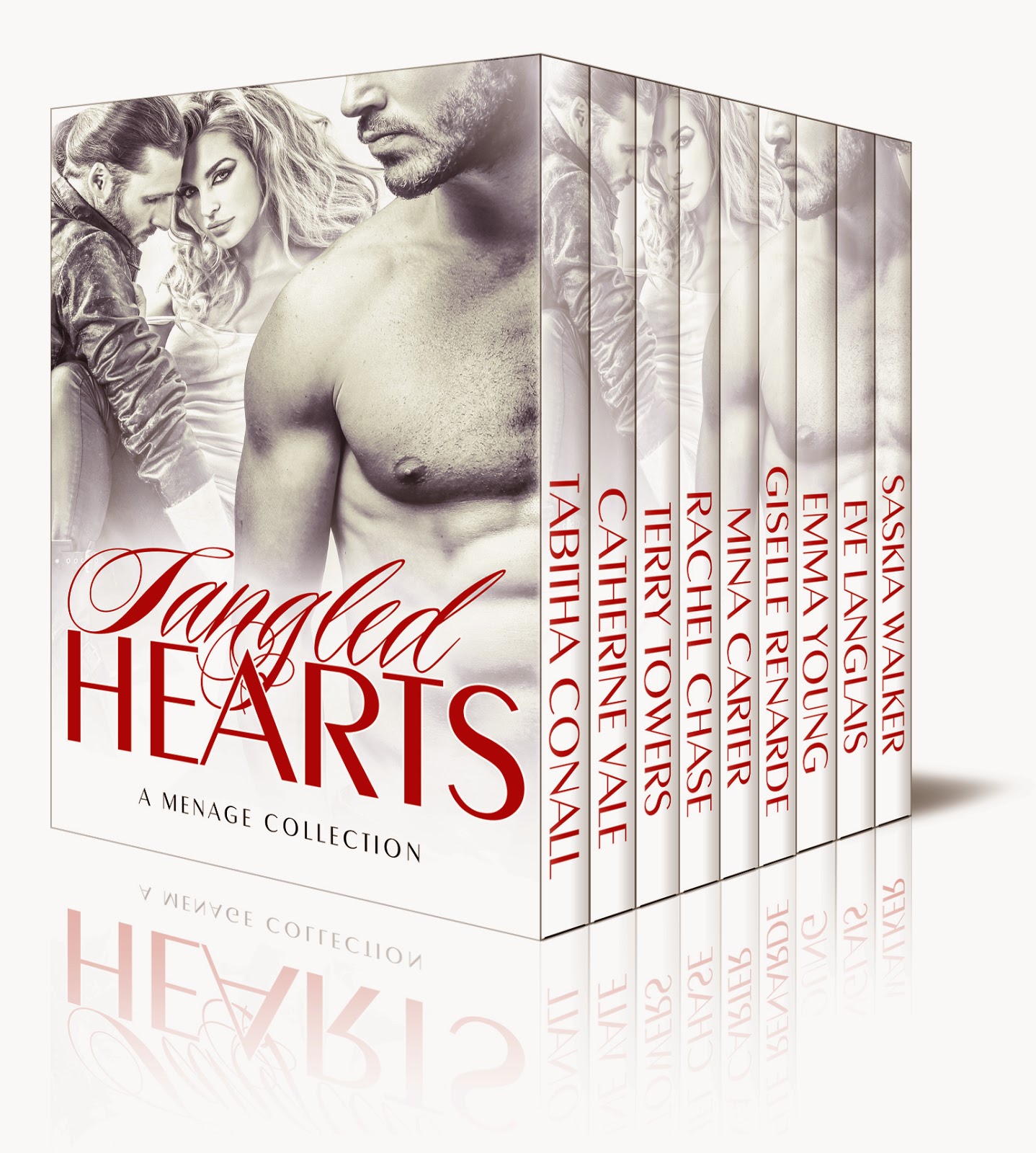 In case you can't get enough menage erotica, I'm going to tell you about a box set that's really quite a steal.

Tangled Hearts contains NINE menage romances, including my Christmas story ALL THE WAY!


When Josie invites her high school boyfriend Kaz to stay with her family over the holidays, there are a few things she doesn't anticipate: Kaz admitting he's never been with a woman after all these years? That's a weird surprise. Her husband Rob's attempt to give Kaz a little training in the hot tub? A weird and very sexy surprise. But after the married couple treats him to some of the best nights of his life, who will Kaz fall for?

Since it's My Sexy Saturday, I want to share 7 paragraphs from ALL THE WAY. This excerpt comes from a hot tub scene. Mmm... snowy wintertime hot tubbin'!

Josie ran across the deck in flip-flops, kicking them off as she threw her towel over the cleared deck chair. The cold didn’t even manage to catch her up before she slipped her skin beneath the warm water. It bubbled away like a witch’s brew as she leaned into the jets next to Rob. She reached for his hand as he reached for hers, and they found each other’s thighs instead, which was just as good.

Kaz sat across from them, which seemed fortuitous. Even together in the same hot bubbles, they could get away with murder under the hydric hum of the tub.

Kaz shrugged and closed his eyes, at one with his jets. His seat was roughly the same as hers, with water flows attacking the stress in her lower back, upper back, mid back, not to mention her butt.

The one thing Kaz didn’t have was a husband’s naughty fingers creeping under turquoise bathing bottoms. The wetness that dear hubby came across was more than just water. It was the very nectar of Josie’s lust for him. She couldn’t very well mount her man with Kaz across the way, even if his eyes were closed...


Go ALL THE WAY with the Tangled Hearts box set!

Posted by Giselle Renarde at 12:34 AM