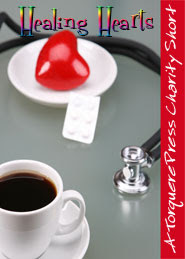 Quick Six TNG with Gabriel West
1. What does "vanilla" mean to you?


- One rather lovely flavor of ice cream, especially with chocolate and caramel sauce. Or it could be some rather touching scene that fades out before the smexing can begin.

- The afternoon I heard my best friend tell me over the phone that she knew I was transgender. I was still trying to come to terms with it myself at the time; I didn't even know what to call it. I thought I was just being difficult/a freak. But when she told me that, and that she was cool with what I was, everything just slowed down. The conversation, time, like it was all fitting into place around me. Feel really good ^_^ .

- When I was a little kid, it was Jurassic Park. When I was older, Sphere. Now? I dunno. I guess I got smarter and I stay away from movies like that. The thing that got me the worst was a video game I've seen played called Fatal Frame. So freaking terrifying that I couldn't sleep in my own bed lol.

- On my face? It would either be a barcode beneath my left eye or a braid that stretched across my face, from ear to ear and across my nose. I saw a viking-dude with it in some movie, and I always thought it was cool. What can I say? I like tattoos ^_^ .

- Out of my published stories, I like "Mind/Body Medicine" just a little more then "The Storm Yet to Come." But a few of my yet unpublished works blow those two out of the water.

Here are links to the Torquere Catalog where "Mind/Body Medicine" and "The Storm Yet to Come."

These are the blurbs for -
"Mind/Body Medicine" : Rindae's fa'ithe Justan, the warrior he has given his life to, has succumbed to the force that drives all Maa'rish warriors. It has taken over his mind so completely that Justan is trapped within the force. Rindae goes to see what has become of Justan during his stay at an institution. Can the bond that they forged before Justan's mind was swept away be strong enough to bring Justan back to him?

"The Storm Yet to Come" : The planet of Mathai is just as deadly as the Maa'rish warriors who live across its surface. Storm, a Sarish hunter, has tracked his prey, the warrior who saved his life, to a small town in the midst of a sweltering desert. However, Storm doesn't know what's waiting for him when he finally springs his trap. Will he survive the encounter?

Posted by Giselle Renarde at 12:01 PM