That's why it took me over a month to complete the cover for my upcoming anthology of literary erotica featuring characters who are trans, genderqueer or gender non-normative in one way or another.

It's called Everybody Knows.

I found the perfect image pretty easily. It's a simple design--something artistic rather than sexy bodies screaming SEX! Sure these stories involve sexuality, but not in a smutty way. Some are so challenging they made me uncomfortable as I proofread the book. I didn't want readers who've enjoyed my MASTERWORKS OF SMUT (like Nanny State and the Adam and Sheree books) expecting this to be that. This and that are different animals. I wanted to communicate that fact with the cover.

The other day, my sister was asking me what readers of literary erotica wanted. I told her we want to think. We want to be challenged. We want content that's not only explicit, but also difficult--intellectually, emotionally, in a variety of ways. We seek the thrill of a twist as well as the recognition sparked by the mundane. And we value diversity.

Sorry. Tangent. Back to Fonts.

Like I said, I found the right image pretty easily. As you'll see in a moment, it's a watercolour splotch that transitions from one colour to another. That worked for me on so many levels. As for fonts, none of the usual suspects did.

During the same conversation I mentioned above, my sister asked how long it takes me to create a book cover. Time spent varies drastically, but I can easily spend three hours choosing the perfect font. In that time, I don't move from the computer. I can't. I'm stuck. Sometimes I get up to look at my screen in the mirror and check out my work-in-progress from different angles, but I can't even leave the room to pee until it's perfect.

The cover for Everybody Knows was on my mind constantly. I hated that it wasn't finished. I kept going back to it, trying the same-old-same-old fonts again and again. A lot of them could have worked, but I'd have been settling.

That's when Akula walked into my life.

Akula is a dry brush font that's a little edgy, a little messy, but in the best way possible. I tried it out. It was perfect. It IS perfect: 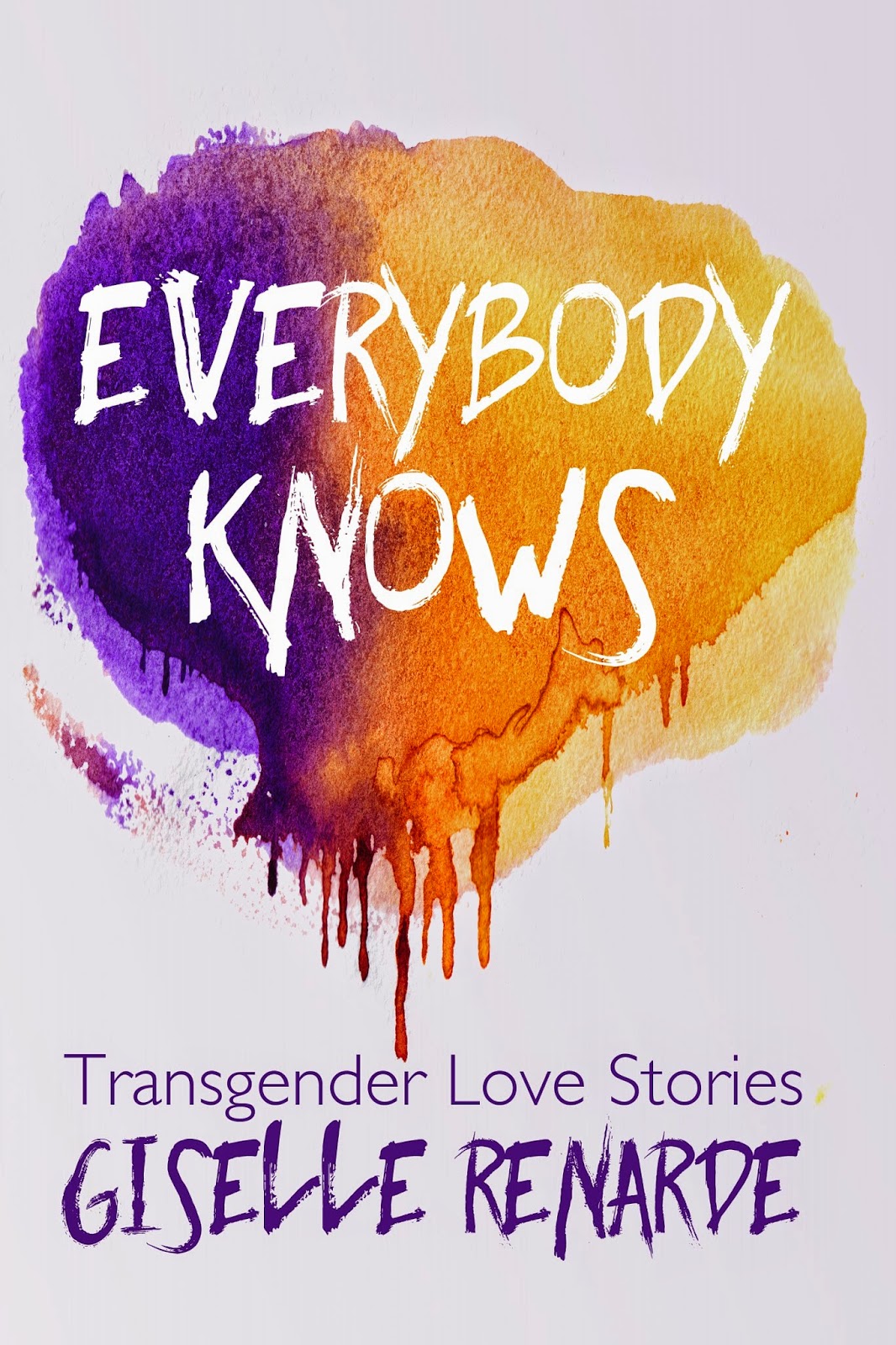 Everybody Knows is scheduled to hit the market this Thursday--that's February 26th 2015.  It'll be available as an ebook and in print.

And if you love Akula as much as I do, you can buy it at Creative Market: https://creativemarket.com/IvanirAnna/132051-Akula-Dry-Brush-Font. I'm not a member of their Partner Program, so nobody's paying me to send you their way. I just really love this font and I want the whole world to know.
Posted by Giselle Renarde at 10:09 PM