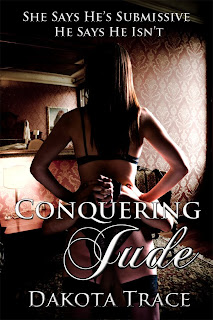 Q: What's the most time-consuming part of a writer's life?

I'd have to say the editing part. It seems like I'm always editing something. That could be an illusion though. The actual writing flies by so quickly because I'm usually in a groove, whereas the editing portion of it seems to take more time because I'm fixing, analyzing and adjusting problem areas. Probably because it uses a different part of my brain than the creative part the writing does.

Q: On the topic of ebook piracy, hunter or head in the sand?

I'm probably more along the lines of head in the sand. I periodically check on my titles by googling them and even when I do and find them, I get extremely frustrated by the piracy sites themselves that I give up. Of course, I realize they aren't going to make it easy for me but I have better ways to spend my time, like writing the next book in my series.

Q: How do you handle a bad review?
First I cuss out loud at the computer, then talk to my hubby, before I pick apart the review to see why the reviewer didn't like it. If I think it's a valid reason...something I could've done better, I take it into consideration as I write my next book. If not, I figure everyone is entitled to their opinion and forget about the review.


Q: What advice do you give aspiring authors?

Find a good beta reader/editor that isn't necessarily you're biggest fan. Unfortunately those that are have a tendency to say, "I love it!" and it could be the worse thing they ever read. It's kinda like asking the hubby, "do you think this makes me look fat?" Do you honestly expect him to tell you does?


Q: Do you have a preference for short stories or longer works?

If you'd have asked me this question six months ago, I'd have said longer works. But as of late, I've been pushing myself to see if I can write stories that are less than 10K. I can say I'm enjoying the challenge, even when I fail - such as my recent story that ended up being 12K instead of the 10K I was shooting for.


Q: Do you find yourself writing for the market and not for YOU, or self-censoring in any way?

Honestly I can say I try to stay on top of the trends of what's selling, hence my most recent foray into writing m/m. I've never in the past thought of even attempting it, until I received several requests to write a book for a secondary m/m couple from Nisey's Awakening and Taming Kalinda, but before I do, I decided to test the waters and write a short to see how well it goes over.

Q: How have the people in your life reacted to your career as a writer?

For the most part, my family has been very supportive...sometimes too supportive. And why do I say that? It's one thing to have my adult sister and brother to say, "Cool, meet my sister, the smut writer." (that's an inside joke btw) and another to have my son giving out my books marks to his teachers at school. (True story - the little bugger gave all his sixth grade teachers one of my bookmarks. Mom and him had a to have a discussion between what the difference is between Romance and Erotic romance and why it wasn't appropriate for him to be giving them out) *shakes head* But otherwise my dad and husband are my biggest fans - and my dad has read everything I've ever written.

Dakota Trace is author of:

While Jude Larson won't deny the effect the little brunette has on him, he's in serious denial of his submissive nature. So what if he deliberately wagers against the lovely Domme in hopes of losing so he can spend a little bit of quality time with her? That doesn't make him submissive does it? All too soon he's going to find out when danger stalks Olivia's club and he's called on to protect the sexy Domme of his dreams from a madman.

Posted by Giselle Renarde at 5:43 PM