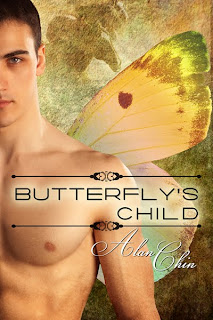 While back in the West to attend his grandmother’s funeral, Cord Bridger uncovers two shocking revelations: his grandmother had a lesbian lover named Juanita, and he has a teenaged son named Kalin. Fate brings all three together, but to preserve his new family, Cord must leave his safe life in New York City behind to carve a living from the harsh ranch lands of Nevada.

To forge a life with Juanita and Kalin, Cord must first discover the dark secret burning a hole in Kalin’s heart. With the help of Tomeo, a handsome Japanese veterinarian, Cord travels a gut-wrenching road of triumphs and tragedies to insure his son will survive the sinister violence of his past. But as Tomeo becomes more than just a helpful friend to Cord, a new set of problems arise between Cord and Kalin that may threaten the happiness of them all.

The musicians tuned their instruments for a Thursday night performance. A mishmash of sounds ascended from the pit, underscoring the audience’s expectant banter.

Cord Bridger settled into his usual seat, a mahogany desk and chair known as a libretto table. There were only six in the Metropolitan Opera House. They had no view of the stage, but rather crouched along the balcony walls, three to the stage’s right and three to the left. Each desk supported a low-watt lamp so the patron could read the opera’s score as the performance played out.

He spread Madame Butterfly’s score before him, studied the tiny ink strokes that formed the musical phrases. The air felt cool, but both his hands and upper lip were damp with perspiration. Butterfly was the only opera he had never sat completely through, though he thought the music sublime. The storyline drove him away every time. Butterfly’s heartbreak and eventual suicide always proved too painful.

Sounds washed over him—musicians tuning instruments, footsteps along the aisles, groaning seats, excited whispers. He focused on the musicians, discerning each instrument, verifying whether it was tuned or needed further adjustment.

A click of the lamp at the table behind him turned his head. A familiar face smiled, another aficionado he’d noticed before but had never spoken to. She wore an industrial-gray pantsuit with a white pigeon-breasted shirtfront. Two chopsticks held her ginger-colored hair in a bun on the back of her head.

Turning back to his score, he heard approaching footsteps and felt a pressure on his shoulder. The Metropolitan Opera’s art director, Tom Phillips, stood beside him like a pallbearer in his gray suit, crisp moustache, and large eyes seen predominantly on nocturnal animals.

“Excuse me, Mr. Bridger. They told me you were in the house. I wanted to inform you that Logan Evans will not perform tonight, head cold I’m afraid. Mr. Brooks will sing the tenor role. I thought you should know in case you would prefer to attend next week’s performance.”

Cord always felt annoyed when people called him “Mr. Bridger.” His thirty-fourth birthday had recently past, but he felt younger, still a colt and not quite deserving the mature title of Mister. He swallowed his irritation, then considered leaving. After the first act, the tenor was superfluous. He had come to hear Ruth Ann Swensen sing the title role. Cord thanked the art director for his thoughtfulness and told him that he would stay.

Ten minutes passed before Mr. Phillips walked on stage and made a similar announcement to the entire house. A rumble of disappointment rolled over the audience, followed by clapping as a rotund man in white tie and tails stepped onto the conductor’s platform. The applause diminished until a hush held the audience still, with only sporadic coughs to punctuate the silence.

The lights dimmed. The musicians prepared. Then immaculate sound rifled through Cord, vibrating every cell with delicious harmony.

Madame Butterfly is a journey bridging extremes, from a bride’s wedding-day bliss to her suicide. Knowing this, Cord focused on the music and tried to ignore the unfolding story. But as the tenor began to sing, bitterness choked Cord’s heart.

The tenor had a passable voice, albeit a small instrument for this opera house. But the character he played, Lieutenant Pinkerton, disgusted Cord. Pinkerton marries Butterfly without loving her, leaves her without a thought, and becomes a blubbering coward when he returns years later to find she has given birth to his son. His pusillanimous actions drive Butterfly to suicide.

Cord could not see the character strutting about the stage, but Pinkerton’s voice broadcasted a vast arrogance. The music was exquisite, yet Cord grew impatient for Pinkerton to exit and the first act to end. He sat with his shoulders hunched, watching the notes on the page dance by. The brass blared, violins sang, the wedding turned triumphant.

Cord trembled as Butterfly sang out her prayer for happiness. His eyes watered, blurring the notes on the page. Apprehension seized him until the curtain fell on Act One and the applause diminished.

The woman behind him rose to join the others during intermission.

Cord drew a white handkerchief across his forehead as the audience disappeared into the corridor. Irritation swelled his heart, knowing Butterfly’s child would make his appearance at the end of Act Two.

As the second act unfolded, his anger grew intense. He listened with a mixture of rapture and rage, hearing the desperation in Butterfly’s voice yet knowing what lay ahead. He could not see the child take the stage, thankfully, but the ache he carried in his heart spread upward to stiffen his shoulders and neck, then solidified down his spine. Everything in him congealed—guts, glands, blood vessels, organs, bones. He laid a hand on his heart, but it failed to soothe.

In his mind’s eye, Cord saw the child, and he yearned to sweep the boy into his arms, whisk him away, and comfort him. In the midst of his petrification, his loathing of Pinkerton swelled until it threatened to overwhelm him.

In the third act, Pinkerton’s spineless crooning enraged him. He became aware of his weakness, realizing he had failed again. He thought he had buried these feelings long ago, but he sat as rigid and emotional as ever, caught in a whirlwind of memories.

By the time Butterfly took the stage for her death scene, Cord could barely breathe. It felt as though he sucked air through a straw, which couldn’t begin to fill his hardening lungs. He closed his score and stood. He felt the ginger-haired lady scrutinizing him as he tucked his score under his arm, and he raised his head until their eyes met.

“Can’t imagine how you can leave before the finale.”

He felt himself blush; his eyes lowered. “I have an overpowering phobia of stabbings—especially the self-inflicted kind.”

He shuffled to an exit door and slipped into the brightly lit corridor.

Butterfly’s outcry followed him down the stairs. He couldn’t keep himself from imagining the stage. She sat on a yellow cushion beside a low table. Her posture reflected elegance, her face displayed consummate dignity. Folded around her body was the most brilliant long-sleeve kimono possible. Embroidered onto the gold-colored fabric was an exquisite maroon phoenix.

Light radiated off the golden material. She shimmered, dreamlike, as if his imagination had painted a silkscreen masterpiece to represent the tragic soul of all discarded lovers.

She turned her head, studied him for a half-second, and bowed. Lifting her head, their eyes met. Deep within her gaze, her suffering revealed itself. Those shattered eyes drew Cord into his own grief. Crushed, he wanted to flee from this woman who shrouded herself in heartache, but running away was futile—she lived in his mind.

The blade reflected the spotlight as she lifted it to shoulder height. Her sleeve swayed beautifully as her arm arched toward her body. A plum-colored stain spread across her kimono, blurring the phoenix. The agony in her face softened.

As Cord retrieved his overcoat, the hatcheck woman shot him a queer look. Only then did he notice the tears streaming down his cheeks. He darted between the Chagall unicorns and out the doors into Lincoln Center Plaza.

Overcast blanketed the city, and the temperature had dropped into single digits. The air smelled of snow as it bit into his lungs.

A handful of people meandered through the plaza—a lesbian couple strolled with their arms entwined, two children pulled at the sleeves of an old man while begging him to hurry, and a dozen Asian tourists took pictures by the fountain. All the Asians wore dark, muted clothing except one lady dressed in a white fake-fur coat and holding a crimson umbrella.

He felt his tears freeze on his cheeks. His teeth chattered. As he rushed by the umbrella lady, a camera flash momentarily blinded him. He stumbled toward Times Square, seeing nothing but maroon wings stretched on a golden fabric.

Posted by Giselle Renarde at 12:59 PM