Festive Frenzy: By Any Other Name by G.R. Richards 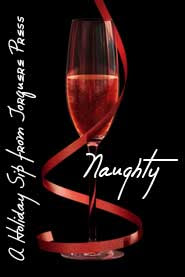 Naughty: By Any Other Name
by G.R. Richards
Buy Link: http://www.torquerebooks.com/index.php?main_page=product_info&products_id=2949
Blurb:
Patrick and James spend every night together, and they don't even know each other's names. For years now, folksy storyteller Patrick O'Hara has been coming home to his laptop and logging on to the GayCamGuyz website. Every evening, he tunes in to a different feed. He never watches the same hot guy twice...until he stumbles across a lonely guy he calls "G." From a mere voyeur, Patrick quickly becomes a chatter, and as he and G develop an affinity that goes beyond the physical, Patrick even hooks up a webcam of his own.

Now it's December and Patrick is knee-deep in his annual Christmas reading tour. He's never admitted to G that he is the renowned Patrick O'Hara. When G shows up unannounced at Patrick's hotel room on Christmas Eve, it’s time to end the white lies. Can Patrick handle the pressure when he meets his GayCamGuy in the flesh?
Excerpt:

The room was dark, aside from the city lights glimmering in through the windows. Letting the door slam behind him, he walked across the carpet until his nose met the cold glass. He set his palms against the window and stared at the Christmas lights strung up on the streetlamps below. No snow on the ground. Too bad. It was never really Christmas without snow. Of course, for Patrick, it was never really Christmas at all. How could it be? He spent every holiday season touring his Christmas Show across the country, reading his cute little stories in city after city, town after town, to enrich the Christmases of every man, woman, and child in the audience.

Then he came home to an empty hotel room. Even today, Christmas Eve, he was alone. He had shows every day in December -- except tomorrow. Christmas was his one day off and he had no one to spend it with.

Every night, after every show, in whatever city or town he happened to find himself,

he returned to his hotel room and his current crush. Was it pathetic for a grown man so established in a successful career to spend his nights prowling the internet? No, not prowling. He wasn't a predator. He was more of awatcher. At least, he'd been nothing more until he came across G.