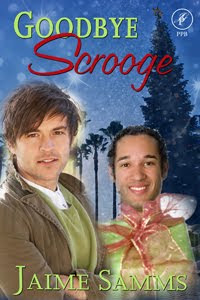 When beautiful, perfect basket ball hero Eric hits on grad student Marcus, it's more than just another flirtation. Marcus realizes it's time to take a good look at the difficult relationship he's had with his unpredictable and bitter professor Julian for the past four years. He has to make a decision. Sure he's ready to move on, he plans to give Julian one last Christmas gift; an unforgettable night, before he leaves.

He never expected to be the person who can't get the passion they find on that last go round out of his head. His decision isn't going to be as simple as he'd hoped. Maybe perfect isn't everything after all.

“No.” But he didn’t pull away. His lips remained parted and he breathed in soft, excited pants.

I did make him, taking the kiss, taking Julian’s mouth, gently moving the dog off his lap and forcing Julian back into the arm of the couch.

His hand against my chest became a fist, curled into the folds of my shirt, and his panted breath turned desperate. His mouth opened, I delved my tongue deeper, and a soft, mewling pant from Julian rewarded me. I pushed harder, not physically, but by spreading a hand on Julian’s bare stomach under his shirt, soaking up the warmth and pouring my own heat back.

Julian finally yanked himself free of the demanding kiss. “Stop.”

“Nope.” I just trailed my attentions down Julian’s throat, smiling when my little professor went limp against the couch and moaned his pleasure. I continued my downward progress, pushing his t-shirt out of the way, licking and nipping across the flat, pale abs, kissing my way down the treasure trail of hair until his waistband impeded my progress.

Julian’s fingers sank into my hair, and he pulled.

Left without a choice, I stopped the sweet torture and rested my chin on Julian’s hip. “What?”

“How is this supposed to go?”

“I told you yesterday, there’s fucking, and there’s everything else. All the things you’re missing. I want those things, and if you just let me show you, you’ll see they’re worth finding someone who can give them to you.”

I wended my way back up until we were face to face again. “After everything, Julian, do you really think we’re couple material? You have to admit, we didn’t exactly start out on equal footing.”

“You saying I took advantage of you?”

I sighed. “You going to try and deny you used your authority to seduce me?”

I couldn’t deny I’d been bold enough to come on to the handsome professor first year. That much was true. “A proper prof would have kicked my ass out of there.”

“Have you seen your ass?” Julian reached and slapped my behind. Hard. “Not so easy to turn down when it’s bare and ready to be fucked.”

“Fine. So we both behaved badly. For a long time. Now it’s time to end it well, wouldn’t you say?”

“And you think one last fuck is the way to go?”

“One night. Give me a chance to change your mind about what it can mean to stick your dick inside another person. You might be surprised.”

“What have you got to lose? You’re already done with me anyway. I saw it in your eyes yesterday. We’re already over, so what’s one last night? Can’t hurt.”

But when I moved in for another kiss, he didn’t stop me, nor did he halt the touches and caresses that methodically eased his clothes from his body. I leaned back to admire my handiwork, seeing Julian splayed out and flushed, his long, pale limbs languidly draped over the couch, I had to palm my cock to relieve some of the aching pressure.

“Where’s your bed?” My voice sounded gruff, gravelly with lust, but the deep heat in Julian’s brown eyes reflected how I felt, and his answer confirmed it.

I pulled on Julian’s hand until the man flowed to his feet, then led him down the hall to his bedroom.

The space was austere. A big, perfectly made bed stood just to one side, the foot facing the door, and dark wood furniture with clean lines surrounded a spacious open area beside it. A comfortable looking chair with a reading lamp and a footstool graced one corner.

“This is you all over,” I observed, not bothering to be neat as I shed my own clothing. I put a hand on his back and pressured him toward the bed. “Lie down.”

I gave him a tiny shove, and the surprise was enough to send him stumbling forward, hands out to catch his tumble onto the bed. I had no intention of letting him get up again, and hurried after him, straddling his ass and moving longish hair off his nape to apply lips and tongue.

Under me, Julian struggled feebly, his protests getting lost in softer gasps and moans, soaking into the bed clothes.

“Don’t worry, Jules. No one can hear us if you make some noise.”

“Get off,” his voice, as limp as his limbs, didn't inspire me to obey. Goose bumps chased down his arms, and I smoothed them away with soft touches. Gradually, I moved my kisses down Julian’s spine, trusting the languid effect of tongue and lightly applied teeth to keep him in his place. By the time I reached his ass, my professor was trembling slightly, his moans taking on a needy depth. When I plied his cheeks apart, I got a sharp gasp accompanying the first touch of tongue to hole. After that, I had Julian twitching and gasping, each protest cut off by his own body's responses.

“Can,” I muttered, shoving to get his hips a little higher.

Posted by Giselle Renarde at 11:41 AM