1. Hi Willsin! Would you be so kind as to tell us what type of stories you write?

Oh dear, how clichéd! “Delta of Venus” by Anais Nin. Next up is a book called “Affection”, which is a novel-length sexual memoir by a local author called Krissy Kneen, whom I’ve actually met! Oh, ‘local’ to me is Brisbane, Australia.

3. I hear music in the background…what’s playing?

Usually it’s Tom Waits, Big Country or The Pixies, but occasionally it’s my own band too. I’ve been known to wig out to really cheesy stuff on occasion. I often sing “Agadoo” to people and replace the titular word with their name. If my band reads this I’m dead.

I love using the word “buttocks” as an expletive. And “boobies” is such a wonderful word (“tits” is far too sharp a word to describe something so round). And “knob” is great, too. Having said all that, though, it would be very rare to see any of those words in any of my stories. I find the really dirty ones are far more useful in erotica. 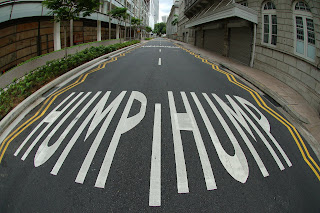 90% of every one of my first drafts. Also, in children’s books, the overuse of “Just then”, as in “Timmy stumbled slowly down to the liquor store. Just then a steamroller whooshed past and severed his toes...”. And there’s one other, one which I particularly hate: finishing a chapter with “And then it happened!”

Choc-chip biscuits (oh, all right: cookies) and orange cake. Ooh, and chocolate peanut slab! All home-made! Not necessarily by me!

Promo time! Flog your wares. Any exciting new releases? How can readers find out more about you and your work?

November 9th will see the publication by eXcessica of my first e-book in over 2 years (since my original publisher closed down). http://excessica.com/index.php/search-by-author/willsin-rowe/ “The Three-Day Hump” is a story of lust, obsession and sexual addiction. I’ve been warned that readers (especially women) may be turned off by the inclusion of the word ‘Hump” in the title, and I get that. Guilty as charged, your honour. I’m quietly hopeful that some will realise I’m referring more to the urban myth about beating addiction, that you need to get over the three-day hump to have any hope of a cure. I also have a Christmas story coming out, and that’s with eXcessica as well. That little piece is called “Hunger” and it’s still in the editing process. More juicy bits can be found at www.myspace.com/willsinrowe . I’m also on Facebook, under one of my other personalities, Log Dawkins...that’s Burnin’ Log to you, ma’am.

Where to begin, where to begin? With tits, I think. Tits can be sharp. I like them round, but sharp works for me too. In fact, I'm really not picky on the shape. I don't even mind if they're imaginary. My girlfriend's are just two water balloons and that's good enough for me.

I absolutely agree about first drafts. I encourage myself to believe I was drunk when I wrote each and every one of them, despite the fact that I very rarely drink. I must be extremely prolific when I do...yes, that's it...I'm sure of it.

Pained but poignant? I agree there too. Read my article on Unrequited Love at Oysters & Chocolate. That's not my typo on the site, by the way. Unrequited love is anything but quiet. There's usually a lot of sobbing that goes along with it.

I feel like I'm writing too much, but it's only because I love Tom Waits. See below.

Also, see above for a hump photo I downloaded a year ago for a reason that's only become clear to me today: to use it in this post.

Thanks for the interview!

Posted by Giselle Renarde at 10:51 PM