1. Would you be so kind as to tell us what type of stories you write?

Simplest answer: I write the stories that I would like to be reading otherwise and just wasn't finding.

Longer answer: I write sweetly romantic, most often HEA romances that don't shy away from the sexual aspects of the beautiful characters involved in them. Because Sex is the true Final Frontier, this has moved me just enough out of the mainstream to need a publisher who really understands what my stories are all about. Fortunately, I have found just such a publisher. 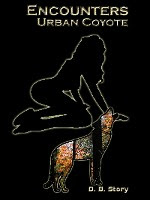 Because I write Stories – not Stroke – if it were up to me I would give everything I write a heat level of delightful simmer. The only reason(s) in my mind for the required higher heat levels on some of my titles is that most of my stories involve humans in romantic relationships with robots (female, and occasionally male), mythological beings, paranormal encounters, unconventional sexualities (occasional GLBT+H/I), and fantasy creatures – all in exotic locations. As a result, while I clearly label all my work Adult 18+, I'd also give them all Heat Level 1 if that were allowed since Romance is Romance wherever you find it. While there are deeper themes in my work as well, it's presented through the romantic lens.

One thing I do require of my readers is that they have an imagination of their own. I'm not going to spell out every last second of every sexual encounter because less here is often more. What is perfect for one reader is completely out in left field for another. As such, I set the scene and let each reader fill in what works best for them afterwards. Although occasionally criticized for this, I'm more often praised for how well it works out.

But wait! You wrote "Hooker, Wife, for Life" and that only has normal human M/F protagonists in it doesn't it?

I must reply to that baseless allegation by pointing out that the beautiful prostitute with the heart of gold is one of our most endearing fantasies. 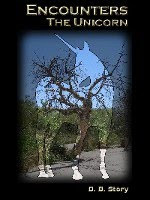 "Illustrator CS for Dummies". I create my own bookcovers where possible in Photoshop and Illustrator and am trying to improve the Illustrator side of my skills. The Adobe Illustrator night class I've tried for at my local community college has now been cancelled twice out from underneath me for lack of enrolment so far.

3. I hear music in the background, what's playing?

My personal playlist of my favourite 453 songs, 90% of them from the 60's. There has never before been a group with the impact of The Beatles, and I don't see how there ever will be again.

4. Do you have a favorite naughty word?

Harsh language spoken loudly in anger, regardless of the words or phrases used, affects me the strongest.

72oz bag of Nestle Real Semi-Sweet Chocolate Morsels together with a 24 oz can of Mauna Loa Dry Roasted Macadamias with Sea Salt – both from Costco. 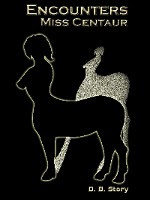 Promo time! Flog your wares. Any exciting new releases? How can readers find out more about you and your work?

On Monday August 31, 2009 my newest title "Lisa's Tale – A Courtesy Suites Story" will be released to all of the main eBook vendors (except Sony, who my publisher just can't figure out how to get onto, and the new Barnes & Noble eBook store, which only carries my stories from the time of their purchase of Fictionwise). This is the first of a planned eventual 9 titles – most in print as well as eBook – in my fembot universe. If I am said to own any tiny sub-genre many of my readers have told me that it is this one. Other writer's have compared their own fembot stories as in the DB_Story Fembot Universe already.

You may find more information on all of my titles at:

I've got to say, DB...I think "fembot" is my new favourite word. Reminds me of Bender from Futurama. It's right up there with "palimpsest," which they kept saying in the episode of Sherlock Holmes I just watched (The Golden Pince-Nez). I just about peed, I was so excited to hear it in conversation. Palimpsest! Also, I submit: "filigree, apogee, pedigree, perigee."

Thanks so much for the interview!

Posted by Giselle Renarde at 4:43 PM