A Tale of Fur and Flesh Now Available IN PRINT! 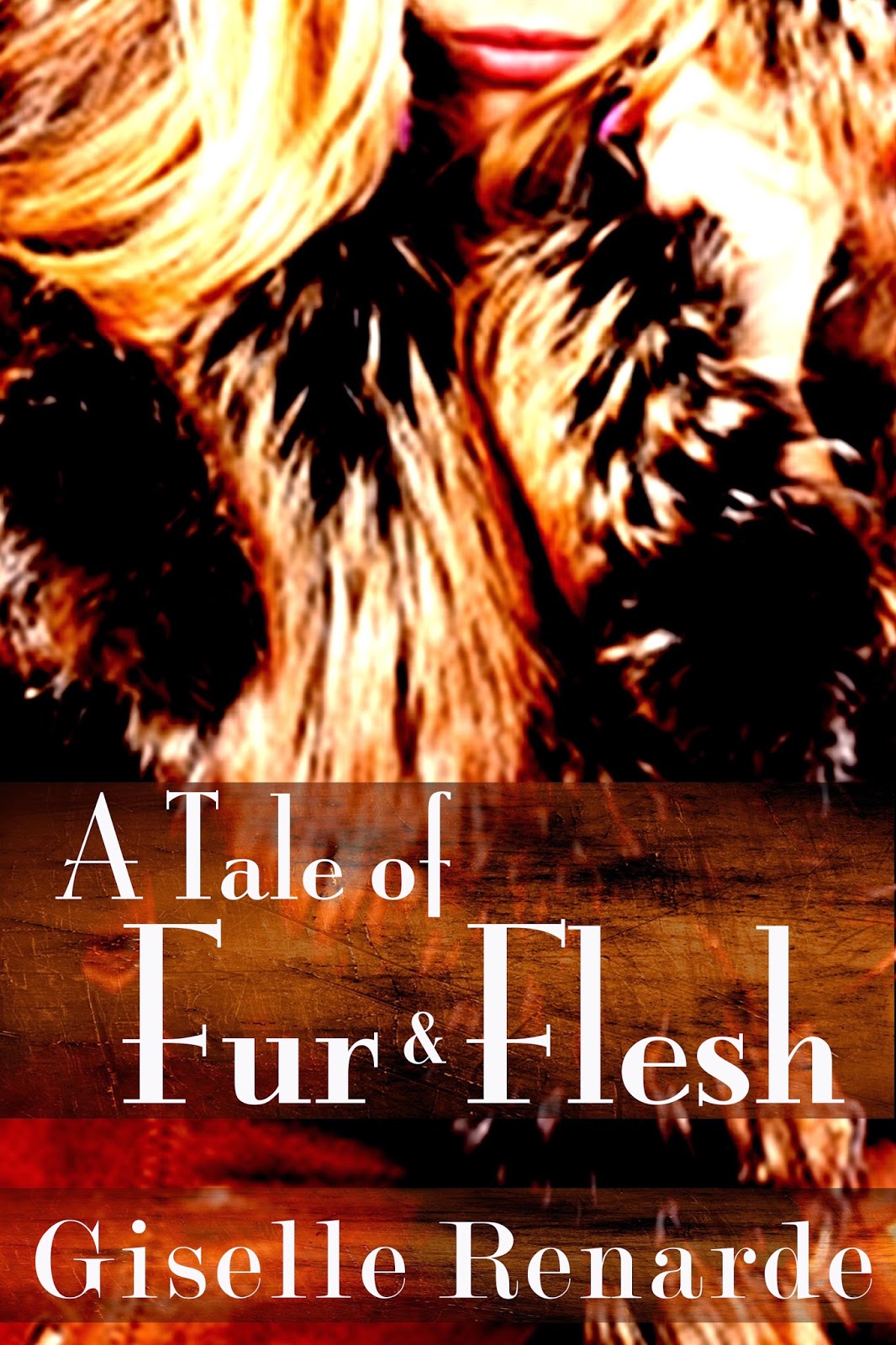 When Princess Lally's mother dies, her father locks himself away for ten years. He emerges as a very different man... whose mind is set on marrying his daughter.

What's a princess whose father wants to marry her to do? Lally flees to a forest filled with shapeshifters. By the way, she likes having sex with shifter dudes (but what princess doesn't?). Which is lucky because her mother's enchantment lasted well after her death. The forest creatures would do anything for their late queen, including giving up their pelts for Lally to cloak herself during those dark forest nights.

And then there's some romance stuff. Bibitty-bobitty-boo.

The book is called A Tale of Fur and Flesh. The ebook is published by eXcessica, and now you can get the paperback.

In a few days you should be able to find A Tale of Fur and Flesh at Amazon and Barnes and Noble. October's coming! Time for a shapeshifter fairy tale romance!
Posted by Giselle Renarde at 8:58 PM