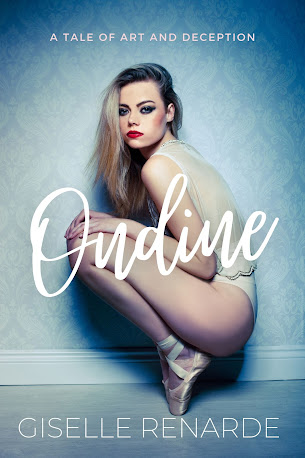 My novella Ondine: A Tale of Art and Deception was originally published in 2008.  I mentioned the other day on Twitter that I remember shopping this book around for maybe a year or two, trying to sell it to any small press that would look at bisexual erotica.

I can't tell you exactly how many times Ondine was rejected, but it felt like a lot--and it stung, because I was a new author.

What I realize now, all these many year later, is how grateful I am to all the editors who rejected Ondine, because they helped me shape it into the much better novella it ultimately became.  My rejections were always accompanied by suggestions about how I could get the book to flow better, and how I could make it more satisfying for readers. I made a lot of changes before it became the book it was in its first edition.

And I've made even more changes since then.

When I opened up the file to take what I thought would be an excruciating pass at it before republishing (the book was formerly published by Excessica), I realized I had actually done a pretty thorough overhaul a few years ago, before including it in a collection I was putting together.  This was a few years ago, but I'd completely forgotten all the work I'd done. So Ondine was actually in much better shape than I imagined.

The editing process for this new edition was much easier and more enjoyable than I thought it would be. Ondine was the first thing I ever wrote that wasn't a short story, so I thought it would be terrible. It's not! It's a great little book, and the plot keeps you guessing.

Ondine is back on the market, and I invite you to read it today! Available as an ebook and in print! 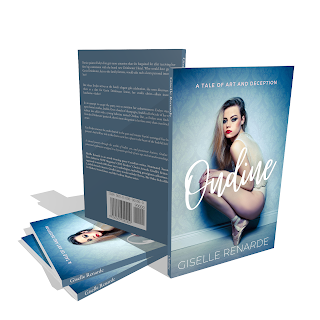 Novice painter Evelyn Fon gets more attention than she bargained for after receiving her first big commission with the brand new Drinkwater Hotel. Who would have guessed Gavin Drinkwater, heir to the family fortune, would take such a keen personal interest in her?  But when Evelyn arrives at the hotel's elegant gala celebration, she soon discovers she's there as a date for Gavin Drinkwater Senior, her crush's elitist—albeit incredibly handsome—father!

In an attempt to escape the party, not to mention her embarrassment, Evelyn stumbles upon Gavin's mother, Imelda. Over a bottle of champagne, Imelda tells the tale of her torrid lesbian love affair with a young ballerina named Ondine. But, as Evelyn soon finds out from the Drinkwater patriarch, there's more deception to her love story than even Imelda is aware.

Can Evelyn uncover the truths buried in the past and reunite Gavin's estranged free-loving parents? And will her role in the drama earn her a place in the heart of the bashful heir?

A sensual journey through the worlds of ballet, art, and passionate liaisons, Ondine is a pansexual exploration wrapped in a boy-meets-girl tale of mix-ups and misunderstandings.

Ondine is available now from a number of ebook retailers, and coming soon to even more!
I always like to provide you with a few direct links, so here's where you can buy Ondine at Smashwords: https://www.smashwords.com/books/view/1134167?ref=GiselleRenardeErotica
and Amazon: https://www.amazon.com/dp/B09T51YSVY?tag=dondes-20
and Google Play: https://play.google.com/store/books/details?id=7p5gEAAAQBAJ
and Kobo: https://www.kobo.com/ca/en/ebook/ondine-16

and you can get the brand new HARDCOVER edition here: https://www.amazon.com/dp/B09T66C7MZ?tag=dondes-20
Posted by Giselle Renarde at 12:38 PM