Love in the Time of Instant Messenger

Over the past five years, my Sweet and I have spent a lot of time communicating by instant messenger.  At first, I wasn't so hot on the idea.  Thing is, we've got a long distance situation going on here, and we both spend a lot of time at our computers.  IM meant we could multitask (not my forte) and get some work done while chatting.  It's like being in the same space without being in the same room. 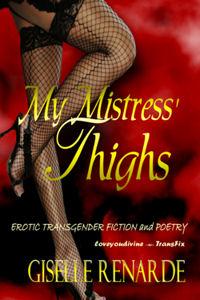 A few years ago, I wrote a short story called "Love in the Time of Instant Messenger."  It appears exclusively in my anthology My Mistress' Thighs, and incorporates a lot of chat-speak  But it leaves out something crucial: all the misunderstandings that come out of (mis)communicating textually.

On IM, Sweet and I can't "hear" each other properly and it leads to a lot of arguments we would never have in person or by phone.  Tone is missing.  We mishear each other all the time.  We drive ourselves crazy.

Last week, I'd had enough.

I don't remember what our petty argument was about, and it doesn't even matter.  When we IM-argue, it's water off my back, but the negative emotions impact Sweet really deeply.  She can't sleep until we've resolved our differences.  And the resolution usually involves a phone call where she's like "this is what I meant" and I'm like "yeah, me too" and we realize we agreed all along.  We were arguing for no reason.  If we could hear each other's intonation from the get-go, we'd never have argued.  We both hear the opposite of what the other person's saying. It's nuts.  And it happens all the time.

So on Friday, I said (typed), "No more IM. From now on, we communicate by phone or in person."

Sweet wasn't thrilled.  It's only Monday as I write this, but I feel really itchy and... what's the word?  Oh right--withdrawal.  I'm so used to sharing HOURS of my day with her.  I'm used to feeling like she's right there beside me.  This alone-ness is unsettling and I don't like it.  Sweet and I spent two hours together today, and I still feel like something's missing because I'm writing this blog post without her little messages popping up on my screen.

I don't know, kids.  Was cold turkey the best solution?  Should we find a way to repair the instant messenger rift, or just accept that we don't have the skills to communicate effectively that way?  I'm torn. 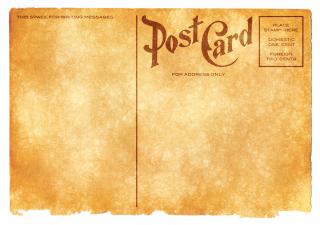 But I'll tell you what I did tonight, which I haven't done in ages: I wrote my sweetheart a love letter.  On paper.  With a pen.  Earlier today, when we talked face to face like real human beings, she told me that when she first learned to write in school, she had an ink well in her desk and had to use a scratchy nibbed pen.  (Is my girlfriend old, or what!?)

Anyway, I wrote my love letter with a ballpoint pen, and so enjoyed taking my time, finding the right words, expressing myself effectively.  It felt much less nebulous than IM.  Writing on paper was a really grounding, emotional experience.

Does anyone else find technology impedes their ability to communicate effectively?

Posted by Giselle Renarde at 12:28 AM