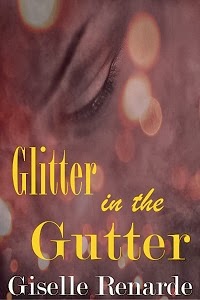 Kobo never gives me a reason for declining my work (they don't even send me an email to inform me the way Amazon does), but it's hard not to notice that every one of the five ebooks Kobo has declined included "transgender" in the metadata.

So I decided to try a little experiment.  Last night I happened to be uploading a short story called Glitter in the Gutter. You might remember it from Rachel Kramer Bussel's anthology "Twice the Pleasure."  It's quite a beautiful little story about Connor and Dotschy, whom you may recall from "Spring Fever."

In Glitter in the Gutter, Connor finds himself in a dark place.  He's having a crisis of conscience about cross-dressing, and the only way he can get over it is to toss all his girl-clothes into garbage bags and get them out of the house.  I think this should ring a few bells for many gender non-normative individuals.

Now for the "experimental" part:


Dotschy didn’t mean to fall in love with her cross-dressing co-worker Connor. Now she’s in way over her head.  When Connor stops returning her phone calls and tells their boss Dotschy's a bad influence, she’s baffled. She thought they had something really special. Dotschy forces her way into Connor's house only to find that he's getting rid of all his girl clothes and purging his life of feminine presence.  When Dotschy discovers the source of Connor's shame, can she convince him not to discard the clothes he loves so much?

This love story contains explicit romance, heartfelt moments, and a hint of dumpster diving. Originally published in the anthology “Twice the Pleasure.”


And, lo and behold: http://store.kobobooks.com/en-CA/ebook/glitter-in-the-gutter

Glitter in the Gutter is available from Kobo.

I think you get my drift, but if I need to be blatant about it, here's what I'm saying: 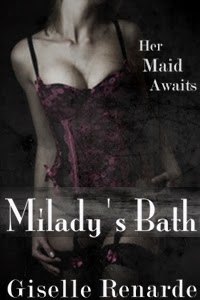 Do I need to explain why that's so wretchedly offensive?

btw if you want to buy Glitter in the Gutter from a retailer that ISN'T Kobo (hey, it's only $0.99), it's also available from:

Posted by Giselle Renarde at 5:36 PM