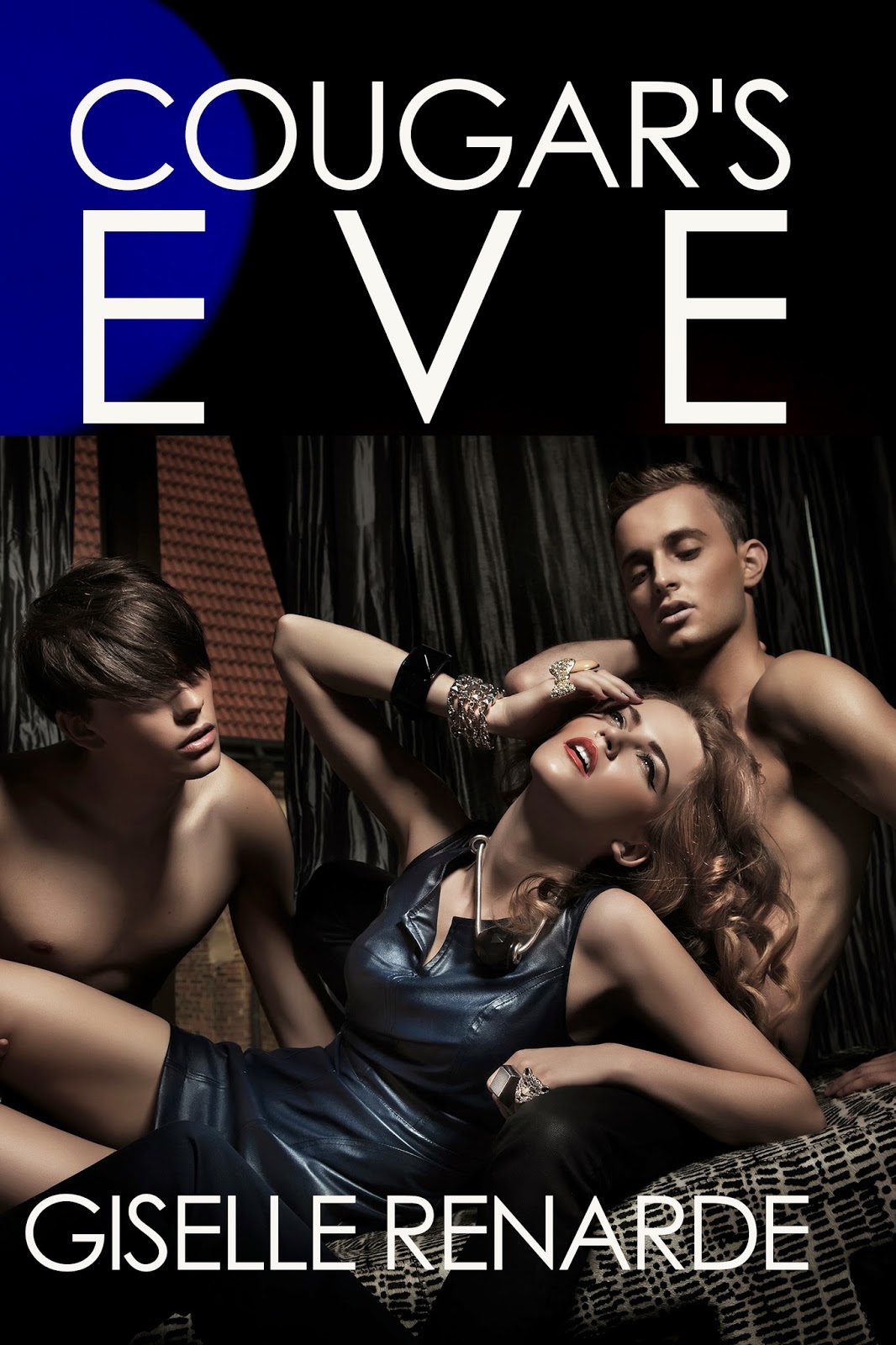 It's December 1st. Feeling stressed yet?  Well, don't. Kick back and prepare yourself for New Year's (it's only a month away!) with my new book, COUGAR'S EVE.

Okay, okay--Cougar's Eve doesn't officially release until Friday, but you can buy the PRINT version and the LARGE PRINT version right now!

Trish has big plans for New Year's Eve: a giant bowl of popcorn, a nice warm blanket on the couch, and binge-watching TV all night long. With any luck, she'll be fast asleep when the clock strikes twelve.

Not if her vivacious friend from the gym gets a say! Lori has salacious plans, and she's persuaded Trish to join the party-even if it takes a touch of trickery to get Trish out of the house.

Trish isn't exactly overjoyed when Lori drags her to the Cougar's Eve New Year's party at a swanky resort hotel. Trish is definitely NOT a cougar. In fact, she hasn't been to bed with anyone since her husband split, and that was years ago.

When the hotel's gorgeous young receptionist teaches Trish a few tricks, she can't help wondering if Lori's had the right idea all along. One night living the cougar life couldn't ruin her forever... could it?

The ebook will be available later in the week from Excessica Publishing. For now, you can buy the PAPERBACK.

And relax--it's only December 1st.

Plenty of shopping days left before... you know... THAT day.

Hey, maybe someone you know would like a copy of Cougar's Eve!
Posted by Giselle Renarde at 3:34 PM