Give Me the Music

This one's for @amhartnett.  We've been tweeting back and forth about Rufus Wainwright a lot lately, and when I was searching for another post to show her, I came across THIS one.  I wrote it for Oh Get A Grip, where I blog every other Thursday, but if you're a die-hard Donuts and Desires reader and you will read NO OTHER BLOG but this one, you probably haven't seen it.

So here it is:


Give Me the Music

And this is probably a brilliant trend to hop onboard--because if there's one kind of hero that never gets old, it's a rockstar hero.

I'm going to get way too personal here, because I know how much you love it when I tell you all my sexrets. (that was supposed to be "secrets" but I can't bring myself to erase a Freudian typo)

Right.  So, you've probably heard me mention that, at this stage of my life, my primary attraction is to women.  If you want to know something quirky and odd about me, here's a random fact: the only guys I've found myself attracted to in the past few years (aside from Professor Snape, but he's fictional anyway) are musicians.

Rufus Wainwright.  OMG.  My heart is beating faster just looking at that name.

This is nothing new, come to think of it.  When I was a preteen, I recorded my father's Elton John's Greatest Hits record onto a cassette tape and played it every night as I fell asleep, fantasizing about dancing endless tangos with him.  Someone was wearing a flashy red gown, and I don't think it was me.

Earlier this year (or maybe it was last year), Ryan Field posted a call for submissions.  He was putting together an anthology called The Women Who Love to Love Gay Romance.  It happens that I don't read gay romance (or any romance, for that matter), but his concept of having female authors insert themselves into gay sex scenes hooked me, totally.  I had to write something for him.  And I did.

And it was about a gay musician. Obviously.

My story featured a fictionalized version of a Canadian indie artist called Owen Pallett. You may remember him from when he performed as Final Fantasy. Or maybe you don't know him at all.  Here he is:

I wrote a story called "Baby Got Bach" for Ryan Field's anthology--a what-if scenario based on... oh boy, this is embarrassing...

See, last year Owen Pallett's first violin concerto was premiered with the Toronto Symphony Orchestra.  He didn't perform the piece himself, but he was there.  He hosted the afterparty.  Yeah, so after the show I found myself in the same room as him.

He was standing right there.  Right-the-fuck there. And do you think I could work up the courage to say, "Hey, I love your music."

I stood in the corner and stared at him like a huge creepy perv.  And then I left.

(I could tell you a strikingly similar story about not talking to Peter Oundjian at the Toronto Reference Library, but we'll save that for another day, methinks...)

When I got down to writing "Baby Got Bach," I kind of hit a wall of writer's block. I just couldn't envision myself engaging in any kind of activity with this Owen Pallette-esque character of mine.  If I got my hands on one of the gay musicians I'm constantly perving over, what would I even do with him?

Here's the big question: do I want Rufus Wainwright's penis in my vagina?

Umm... actually, no.  I don't want that at all.  And yes, I realize there are many other ways to have sex, but when it comes right down to it, I don't want to do any of those things with these people.  I could perv over Rufus Wainwright concert clips on YouTube ALL. NIGHT. LONG. but I don't want to fuck him.  I'm almost disappointed in myself, admitting that, but I just can't picture it.

Maybe it's not the musicians.  Maybe I want to fuck the music.

The music gives me this giddy, blissful feeling that's... well, a lot like love.  Like a frenzy of misdirected lust and joy and cosmic orgasm.  It's hard to explain, because it feels like infatuation.  There's a longing and a pull, a desire, and it's strong.  It's damn strong.  I'm not even sure what you'd call it.

Romance readers can keep their rockstar heroes... as long as they give me the music. 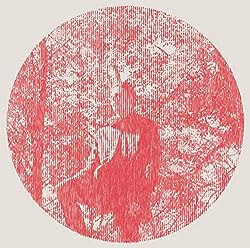 Edit: I should have mentioned Owen Pallett's Heartland is one of my favourite albums of all time. I highly HIGHLY recommend it. The song in the clip above (Lewis Takes Off His Shirt) appears on this album, as do many other Lewis-related songs.

Posted by Giselle Renarde at 6:58 PM