How Do You Measure It? 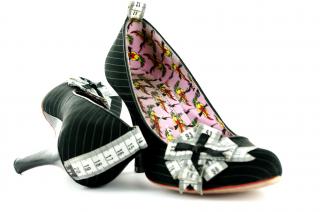 I originally wrote this post for one of my guest spots at Romance for the Rest of Us, which is Torquere Press' blog, but after breaking yet another mug (one of the blue ones--I only have one left in that set now) I figured it was a good time:

Remember that song from the musical Rent?


I find myself singing that song in the kitchen.  Always the kitchen. Never the shower, never anywhere else, just the kitchen.  When I got to asking myself why, the answer was pretty obvious.

Every time I open the cupboard and look at my mish-mash of assorted bowls and dinner plates, I get feeling old.  Weird, right?  I guess I could have titled this blog post "What Makes You Feel Old?" but... it probably wouldn't have the same draw.

So, why do my dishes make me feel old?

Because I've been through so many sets.  I really don't feel old enough to be on my third (plus) set of dishes.  Part of the problem is that I'm a klutz and I've never owned a dishwasher.  I tend to drop dishes while I'm washing them.  That's the problem.  And when enough plates get broken... well, what's a girl to do?  You buy another set.

I bought my first set of dishes when I was a teenager, in anticipation of moving out of my mother's basement.  The set was called "Italian Bistro" and they cost me $9.99 at one of those kitchen stuff stores.

The second set, I bought in my twenties.  They were blue with kind of a raku-inspired glaze.  I think I got them at Sears and I think they were $39.99?  Something like that.  Almost all of those pieces have since cracked or chipped.

After the blue ones, I gave up buying sets.  Instead, I bought pottery from local artists.  That's why I have way more bowls than anything else.  Bowls are more common and usually cheaper than plates, when you're buying from potters.

Now every time I look into my cupboard, I don't just see dishes--I see a history.  I see years of buying and breaking, of disposing and accumulating until all I have to show for myself is an eclectic mess.

And that's me in a nutshell--an eclectic mess.  I measure myself in mismatched dishes, in Band-Aids of various shapes and sizes with yellowed paper casings coming apart at the seams, in odd socks and old underwear, in books I've read and books I've written.

How about love?
Seasons of love...

How do you measure, measure a year... or a life?

Posted by Giselle Renarde at 2:43 PM

Email ThisBlogThis!Share to TwitterShare to FacebookShare to Pinterest
Labels: life