Out With The In: Loving A Girl In The Closet 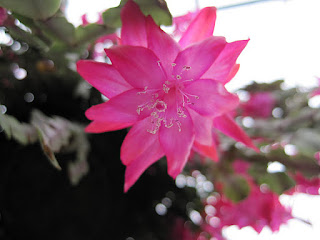 Last week, I posted this little memoir at Torquere Press' Romance for the Rest of Us blog.  Today, I'm sharing it with my readers here at Donuts and Desires.

A while back, I read a post at Davy Wavey's blog (do we all know Davy Wavey?) addressing "viewer mail."  The letter had something do to with dating a guy who wasn't out.  To be honest, it's the comments I remember better than the post itself.  A lot of guys chimed in to say they would never, ever, ever date a man who was still in the closet, or that they'd done it in the past and would never, ever, ever do it again.

These things get me thinking, you know?

I always find it kind of messy when people talk about being in OR being out, because there are so many levels of in and out.  More than that, to me, being out is a constant process that plays out every day as we make our ways through the world.

But those comments from guys who would NEVER date someone who wasn't out hit me especially hard because I'm in a long-term relationship with a woman who isn't out.  Sort of.  Because, with some people, she is out.  It's complicated.

If you hang out at my blog, you probably know that my Sweet identifies as transgender and lesbian.  She lived a lot of her life as a boy, and now she identifies as a woman.  But that doesn't mean she's out with the whole world.  Sweet has never come out to her family.  Whenever she sees them, she wears boy clothes and pretends to be something she's not.  There's a common misconception that once trans people realize who they are, they make a change and that's that, full speed ahead.  Not the case for many, especially trans men and women of the older generations.

My girlfriend is in and out of different closets in different ways with different people.  Her family thinks of her as a straight man.  She has friends from a transgender social group who know the real her, though.  Those are the only people who know me as her girlfriend.

She isn't out as trans with most of her friends and acquaintances.  She also lets all those people think she's straight.

It doesn't bother me in the least that Sweet wants to stay stealth about her gender identity.  It's nobody's business but her own, and there's still a great deal of misunderstand and aggression toward the trans population.  The thing that kind of sucks for me is that my girl is convinced that if anyone found out she loved another woman, they'd immediately rip off her wig and say, "Ah-ha!  You're really a man!"

Maybe that's another "generational" mindset.  Sweet's a few years older than I am, and you didn't see lesbians walking down the street holding hands when she was growing up.  I would never out my girl or break up with her because she wasn't out enough, or set some kind of ultimatum to force her hand.  People have to come out in their own time. 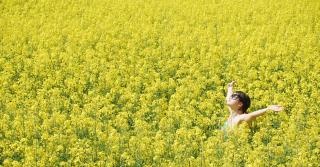 That said, there have been times when Sweet's closetedness has led to big-time arguments between us.  The major event that comes to mind happened a few years ago when I took the train to meet her in Niagara Falls, where she was doing some volunteer work.  We'd planned to drive back to Toronto together and, because she'd been working so much and our relationship is a long-distance one to begin with, that was about all the time we had together.  It was supposed to be a pleasant mini-road-trip, maybe with a detour or two for dinner and entertainment.  At least, that's what I had in mind.

When I got to Niagara, she told me that another volunteer needed a ride back to the city, so we were driving her too.  I was floored.  It was supposed to be OUR TIME, and she'd invited some random person along?  Well, I guess Sweet didn't realize this little road trip thingy was a date, a romancy-pants thing, because when I explained why I was so shocked and angry, she tried to find this random woman another ride home.  There was another volunteer who said, "Oh, sorry, I can't drive her.  My boyfriend and I are driving back together and we'll probably want to grab dinner."

I can't begin to tell you how badly I wanted my woman to say the same thing.  "Sorry, but I can't drive you after all.  My girlfriend and I made plans."  GIRLFRIEND.  Not FRIEND.  Usually I can stand the charade, but that day in particular I was so angry and disappointed that hearing myself described as "friend" seemed to put me and our relationship under erasure.  I wanted acknowledgement.  I wanted time alone with my woman.  The whole stupid misunderstanding could have been cleared up if she'd just admitted we were a couple.

So, okay, I do understand why some people wouldn't want to enter into a relationship with someone who is still in the closet.  It's not easy.  It causes arguments.  But you know what?  A lot of things cause arguments in a relationship.  A strong enough bond can overcome any controversy.

Come to think of it, I believe I left a comment on that Davy Wavey post.  I remember telling his readers a little bit about my relationship with Sweet, and going on to say that even though she's not out with her own family, she IS out with mine.  My mother loves her.  My sisters adore her.  They love spending time with the lesbian couple that is Sweet and I, and my girl gets to spend family time as the woman she is instead of pretending to be somebody she's not.

And maybe that's one of the best things about dating someone who is still in some sort of closet: you can give her opportunities to be out in the safe space your life has already created.  And that's pretty wonderful. 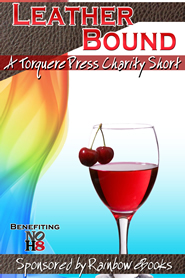 Giselle Renarde is a prolific author of LGBTQ fiction, including Torquere's new Charity Sip Blitz title To Dream of her True Love's Face.

To dream of her true love's face, Emma obeys the well-known folklore and places a bundle of rosemary beneath her pillow. Her family is quite dismayed when she dreams of a beautiful Native woman rather than the young man they intend for her to marry. Their laughter and derision drives Emma to the woods, where she takes a step in the wrong direction and becomes stuck in a marsh. When she calls for help, what should she hear but the steady beat of hooves and the heavy rustle of leather.

Posted by Giselle Renarde at 10:48 PM