NaNoWriMo is taking up most of my life, so I haven't been online as much as usual this month. Poor blog's been a little neglected, hasn't it? Awww... 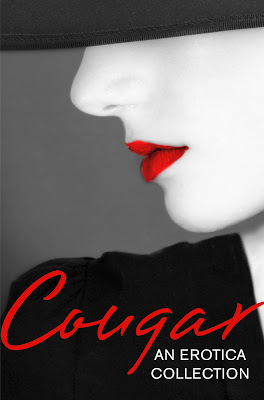 When Jared mistakenly gives Miss Fenchurch a video of one of his performances, her fuse is lit for an explosive private performance.

Mrs Murdoch revisits the past and gets her kicks in the world of rock and roll.

Cougars are on the prowl in this Mischief collection.

My story in this collection is one of my new favourites.  It's a lesbian spanking story called Insegnante:

Now that Sharifa's grown up, educated, and has a high-powered business job, she decides it's time for those piano lessons she couldn't afford as a kid. But Sharifa's job leaves little time to practice and her multilingual instructor, Mrs. Zamani, is serious about her students' success. When Mrs. Zamani raps Sharifa on the fingers for failing to make progress, Sharifa is dead set against returning... but she's got something to prove now, and maybe she appreciates Insegnante's brand of corporal punishment more than she's willing to admit?

Check "Cougar" out at Mischief:  http://www.mischiefbooks.com/books/cougar/
Posted by Giselle Renarde at 9:04 PM