Thanksgiving Monday (here in the Great White North) means another Quick Six Professional Edition, and today we've got a doozy! Strap on your marketing cap, get ready to giggle, and have a read: 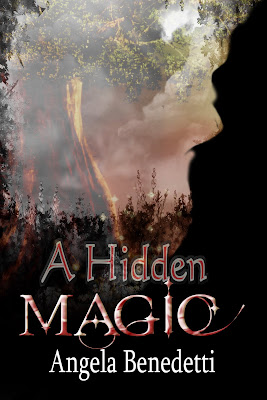 Q: How do you handle a bad review?
It depends on the review. If it's a casual "This really didn't do it for me," then I just move on. Everyone has an opinion, and no book has ever been universally loved. If it's a more extensive, "This really didn't do it for me because..." with detailed explanations and specific examples from the book, those I read carefully. I don't always agree with the reviewer, but this is the kind of review that's most likely to produce useful information. I can't fix the story that's been published, but I can keep things in mind for my next story. If it's a "This sucks! It's &*%#ing @!Q&$! The so-called 'writer' should go back to flipping burgers, haha!" sort of thing, then the person who wrote it is an idiot and I don't care what idiots think.

Q: What advice do you give aspiring authors?
Write a lot. Write a story, finish it, start another one. Finish that one, and start a third, etc. Send them out if you want, or wait if you want -- maybe get an opinion from someone who's published and who'll be honest with you -- but sending a clunky book to an editor really can't hurt you any. You'll get a rejection -- so what? When you start getting personal rejections rather than form rejections, you know you're improving. Keep writing.
Read a lot. Read extensively in the genre you're writing so you know what the genre IS, what's been done, what works and what doesn't and why, and what's a cliche. Read outside your genre -- including nonfiction -- to get a broader selection of raw material, including character types, plot types, plot devices and gimmicks, styles, tones, etc. Reading extensively gives you more to write about and more ways to write it.

Q: Do you find yourself writing for the market and not for YOU, or self-censoring in any way?
Yes and no. Sometimes I don't when maybe I should've. [wry smile]
My problem is I like to write between genres. M/M Romance is amazingly free in what it lets you do -- frex., you can write a book about an established couple who are happily together at the beginning of the story and never have a relationship crisis (which means it's not technically a genre romance) but if they go out and have adventures, solve a mystery, something like that, you can probably find an M/M publisher that'll buy it, and if it's well written it'll have an audience. You absolutely can not do that on the mainstream het romance side of the business, so M/M lets us be more flexible and gives us a lot more room in which to play. On the other hand, there is an assumption that every M/M book is a romance, or at least is romantIC. You need that couple-in-love in there somewhere. There's also an assumption that a sex scene is meant to be explicitly erotic -- that is, that if there's sex in the story, it's meant to get the reader feeling at least mid-level hot and bothered. 99.9% of the M/M books out there obey these rules, no problem. But I've written a story that's not a romance -- the two guys meet and like each other and have had fun in bed, but by the end we're nowhere near an HEA or even a
HFN; that wasn't the point of the story, which was meant to be more a humor story with sex as a plot device. I've written another story where the plot is essentially a guy in a relationship making a dumb mistake and getting in trouble, and his partner having to figure out what's up so he can pull him out. It's not a romance, although it's romantic. And while there's a sex scene, it's a plot device and necessary to the story but it's not really "hot" for the reader and wasn't meant to be.
Both stories have gotten criticism for not being romantic, or not being hot. And those criticisms are absolutely correct; the first one isn't romantic and the second one isn't hot. One can argue that they shouldn't have been published as M/M, but there's really no place else for them. If it's not a romance then it's not a Romance. If it's not hot then it's not erotica. But because there is explicit sex -- and gay sex at that -- the vast majority of non-erotic mainstream markets (even gay markets) wouldn't want them either. They're just sort of perched there in the middle. One could argue that I shouldn't have written those stories because they don't fit the market. Or that I should've written them differently to fit the market -- to fit some market. But I wrote them the way they wanted to be written and my publisher took them. And some readers do enjoy them -- the non-romantic one was an Editor's Pick of the Month on ARe. It
still frustrates me, though, that the legitimate criticisms are caused by the assumptions we have about what a story by Publisher X should be, or what should or shouldn't be in it, rather than because of problems with the story in isolation. And genre definitions are valuable, letting people find the kinds of books they want. Maybe it's the very freedom of M/M as a genre that's messing me up, making me want that one more chunk of freedom beyond even the generously wide fences of M/M? Not sure what to do about that, short of self-censoring anything that doesn't fit cleanly into an obvious genre market.
Maybe that's a benefit of self-publishing? (Sneaking over to one of the other questions.) If a story isn't published by a publisher with a particular genre-related reputation, readers are more likely to focus on the story individually. And being able to control all the marketing material about a story would let the author make sure the reader knows exactly what she is and isn't getting. One of the most annoying things I find as a reader is buying what I think is an orange, and finding when I bite into it that it's actually a carrot. False expectations can make even the best book feel problematic, just as I'd be mad about that carrot because I wanted and expected an orange right then, even though I do like carrots.
I've read books by other M/M authors that were marketed as romances, but weren't actually romances. They were good books, but were criticized for not being very romantic, or because the reader didn't get the connection between the characters, which... yeah. So it's obviously not just me. Some clarification of what to expect in borderline cases would benefit everyone, writers and readers alike.
==========
Angela Benedetti is author of:

A Hidden Magic
http://www.torquerebooks.com/index.php?main_page=product_info&cPath=97&products_id=2648
Fey incursions into the mortal world have been on the rise, and Paul MacAllister's trying to figure out what the king of the local Elven enclave Under the Hill is up to and how to stop it. Rory Ellison was caught up in one of those attacks and nearly killed by a gang of goblins. He doesn't believe they were real, though, and is resisting anything Paul might say to the contrary.

Normally Paul would be willing to let Rory go his own way, at least until he's taken care of more immediate business. But Rory has a particularly rare gift, one the Elven king needs to have under his control in order to carry out his plan. Keeping Rory away from the fey who will use him, to death if necessary, means protecting him night and day, whether Rory agrees or not.
Posted by Giselle Renarde at 9:38 AM