#MySexySaturday Moving May: A Stepbrother Romance 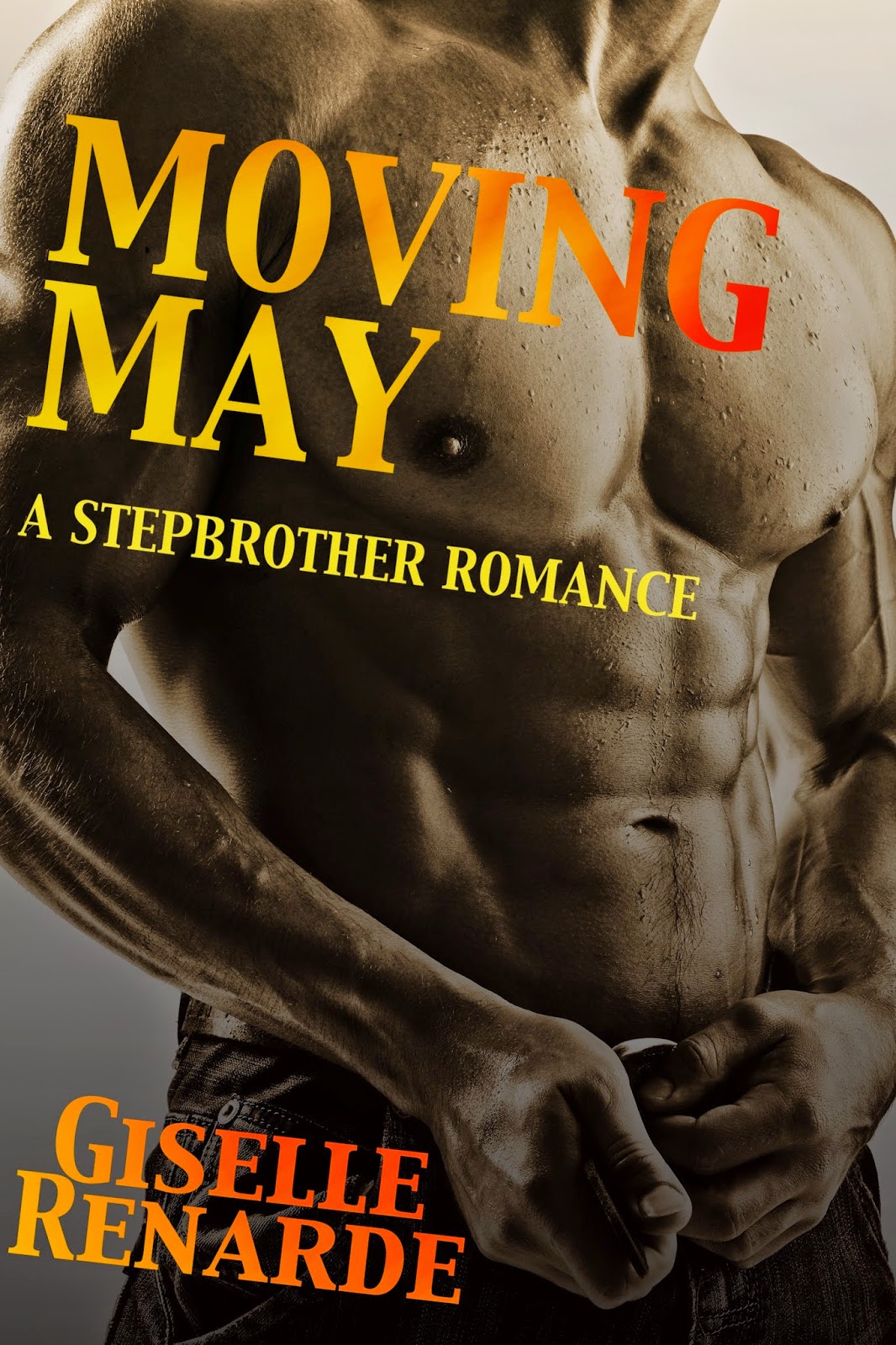 It's still Friday as I'm writing this--release day for my new novelette, Moving May: A Stepbrother Romance. Today also happens to be National Siblings Day. I couldn't have planned it better if I tried! (and, trust me, I didn't try--I didn't even know there was a National Siblings Day until I heard it on the radio this afternoon)

Remember how I called 2015 The Year of Queer and said I wouldn't be publishing any heteromance? I lied. Moving May is hardcore hetero. Stepbrother and stepsister don't get along, then she needs him to help her move and... stuff happens...

The truth of the matter is I stole this manuscript from Lexi Wood, the sock puppet who lives in my apartment rent-free and uses my WiFi and eats my food but never puts in for grocery money. Never! Not once! Even though her books sell way better than mine! She spends all her money on veterinary supplies and Ginsu knives. I think she's taking up taxidermy in the linen closet. I don't ask questions.

So, anyway, I stole this book from her. She kept complaining that it was too "romantic" and her readers wouldn't be into the whole stepbrother aspect. They're more the stepdaddy/daughter taboo smut types. Fine. A novelette full of rough sex with a dude who pushes his younger stepsister's limits? I'll take it.

I've selected a cleanish excerpt to share with you (wasn't easy, trust me. heh):


Ewan was quiet as we drove to my new place. He’d never liked me, but now he seemed especially angry. I don’t know why that turned me on so much. It’s so weird… like, when I first heard his voice on the phone it made me really aggravated and now I suddenly wanted to fuck him? Made no sense. I’d never liked this guy. What was the attraction?

“I never said thank you,” I managed, quietly, not wanting to distract him from his driving. “I should have thanked you about a billion times by now.”

He didn’t say anything. Wow, he looked really hot—I’m not talking sexy-hot now, I’m talking sweaty-hot… which was also sexy-hot, to me, because apparently I was losing my mind and I just wanted to throw my step-brother down and screw his brains out.

“Thanks for renting the van,” I said. “Thanks for coming over and helping me. I know you think I’m a princess and Daddy’s Little Girl and whatever, but I really do appreciate it.”

He kind of shrugged, expressionless. “It’s not like I had anything better to do.”

I slipped off my shoes and put my bare feet on the dash.

Ewan stiffened. “Put your feet down.”

Moving May is published by eXcessica, and BANNED BY APPLE! But it is available from:

Posted by Giselle Renarde at 11:35 PM