The Other Side of Ruth: A Lesbian Novel 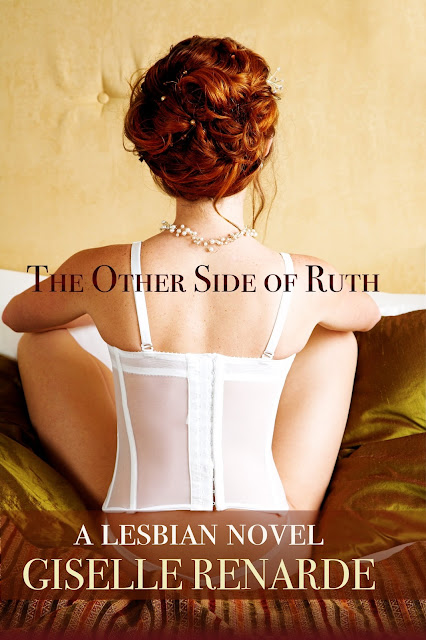 My lesbian novel The Other Side of Ruth is now available as an ebook, audiobook and in print.

The Other Side of Ruth
A Lesbian Novel
by Giselle Renarde

When a lesbian neighbour returns home from Art School, middle-aged Ruth can't deny her attraction. Agnes is quirky, creative, and significantly younger. Despite their age difference, Agnes relishes the attention Ruth pays her.

But Agnes has secrets of her own, disappearing for months at a time. Where does she go? And what emotions are brewing between Ruth’s husband and his closest friend? Everyone on the block seems to be hiding something.

After twenty-five years married to a man, will Ruth choose lust over stability? Or will young Agnes’s demons devour them both?


Get ready for lots of links.

Ruth is available as an ebook from numerous retailers, including: 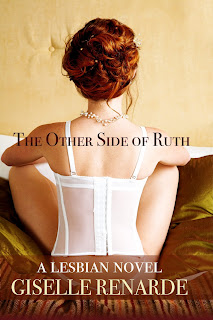 Agnes leaned in, leaned close. “I mean… do you want to?”

That’s when Ruth realized she was about to get kissed. She focused on Agnes’s pink lips because, goodness, they were so full and beautiful even without cosmetic enhancement. She found herself drawn to that mouth, moth to flame.

Ruth’s chocolate-mint breath bounced from Agnes’s lips back to hers when she said, “Sure I want to.”

When Agnes’s hands landed at Ruth’s sides, attraction transformed to fear. Ruth tried to escape, but Agnes insisted. The back of Ruth’s head met a stair. Nowhere to hide. Their chests touched with every breath, and Ruth found herself hoping the girl would press those gorgeous breasts fully against hers. She could feel that sensation on the horizon, like a blast of hot anticipation.

Yes, she wanted it.

Agnes kissed her, softly, on the lips, and Ruth’s whole body turned liquid. She would have dripped down the stairs if Agnes hadn’t been there to hold her in place. When that youthful tongue infiltrated her mouth, she moaned. The heat was unbearable. She felt itchy on the inside, where nothing but a kiss could scratch—a cause and cure wrapped into one.

How long since she’d been kissed this way?

Since she’d kissed her husband, even?