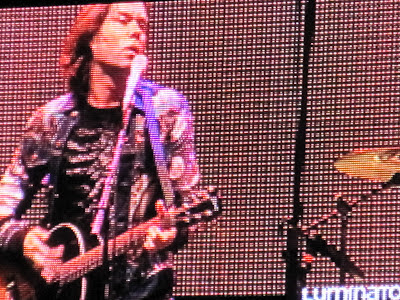 Every year, the Luminato festival here in Toronto WOWs me just a little bit harder.  Not only does this June arts festival showcase incredible Canadian acts (for FREE in many cases), but it seems to have an eye forward to Pride, bringing us some of the world's greatest LGBT performers. 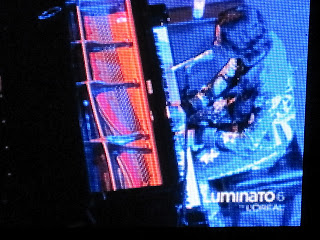 Last year around this time, I was sharing my (crappy) pics (I'm a sucky photographer) from the free k.d. lang concert held at David Picaut Square, which serves as Luminato's "Hub." 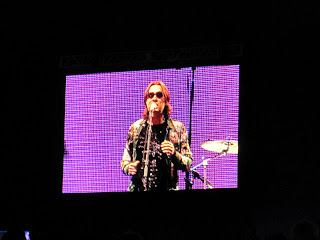 This year (last night, in fact--June 10, 2012), Rufus Wainwright hit the stage, performing his first number a cappella AND in absolute darkness.

When the lights came up, they were hot pink and Rufus was dressed in a black top stitched with black sequins in the shape of a skeleton.  This was overlaid with a  combination denim and printed silk jacket.  His pants were also patterned like a crazazy and he had on his feet what he referred to as "sneakers," though I'd have called them silver spectacular moon boots (potato, potahto).

I've wanted to see Rufus Wainwright in concert for years, and the fact that it happened to coincide with YAM Magazine's LGBT Blogathon seemed totally serendipitous.  Rufus is a gay icon, after all.  The Luminato concert was slated as a showcase for his latest album, Out of the Game, but happily included many old favourites as well. 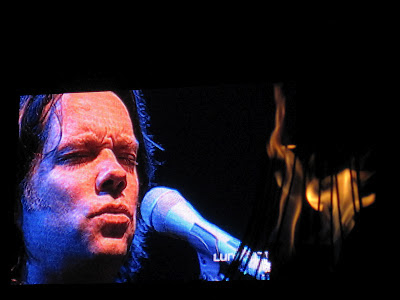 When Rufus performed his song "The One You Love" (one of my MANY personal faves), he mentioned this song was a little sad for him to sing, as he'd recorded it years ago with the late Levon Helm.  Next, he surprised the crowd by summoning his sister Martha Wainwright up on stage for one of their mother's (the late Kate McGarrigle) songs, "I am a Diamond."  It was truly a family affair when he also performed a song by his father, Loudon Wainwright III. 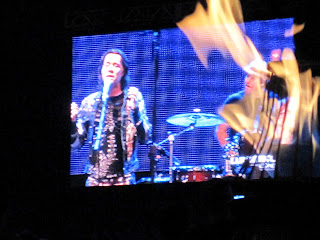 Rufus is an hilarious performer, and I'm not quite sure if that's intentional or simply a happy accident.  He's a diva and a ditz, and I say that in the kindest way possible.  One of my favourite aspects of his performance was the abundance of false starts--like in one number when he started singing before the guitars came on stage, and in another duet when he forgot to start singing... or when he twice forgot the lyrics to the first verse of "Going to a Town" (which I think I can safely call my best-loved of his songs).  All these little events add to the fun of the concert because it doesn't feel too polished and reminds you that you're watching a live performance.  It's unique.  It will never be repeated.  Plus, Rufus doesn't seem to take himself too seriously on stage, and that made me enjoy watching him all the more.

And every reminder that this is a one of a kind event, a live performance, not a recording, is important because it drives home how powerful a vocalist Rufus Wainwright truly is.  Not only is he a talented songwriter who produces complex music and even more intricate lyrics, he can sing his own songs better than anyone. 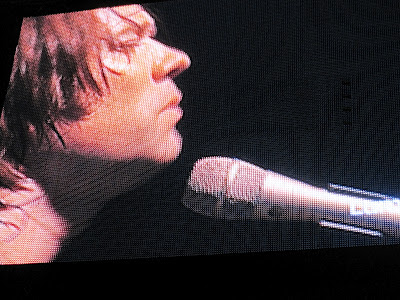 It's almost impossible to be critical of Rufus.  He's like an adorable puppy who is also a musical genius (hey, someone should make a movie about that!), and I find I love his songs more and more as I hear them over and over.  I think that goes back to the complexity and intricacy of his music. It's stuff that must be savoured repeatedly in order to get the full effect and comprehend it on multiple levels.  No wonder Elton John referred to him as “the greatest songwriter on the planet.” 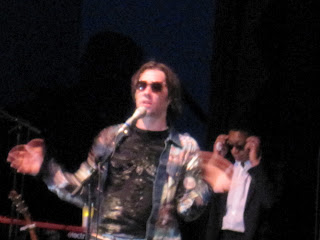 My favourite of the new songs showcased in this concert was "Montauk," which I'd never heard before.  It was written for his daughter Viva, conceived with a friend who just happens to be Leonard Cohen's daughter (yes, everybody knows everybody here in Canada).  "Montauk" struck me deep in my queer heart, because it got me thinking about gay parenting (which just happens to be the topic of a newly-released short story I wrote called Dennis and Dad), and also about relationships, love, family... as I've said (repeatedly), Rufus Wainwright's songbook is complex. 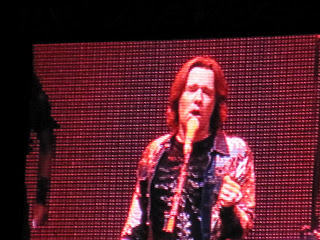 
Every song seems to open itself to a process of endless signification.  You can really get into your head with Rufus.  That's why it's best to end a concert with a dance party: 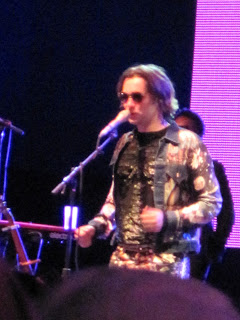 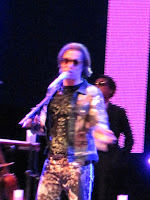 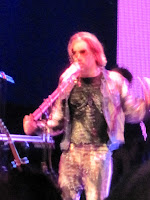 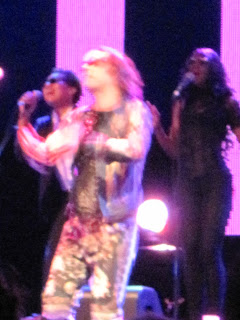 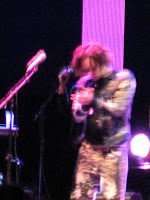 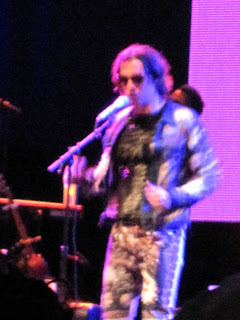 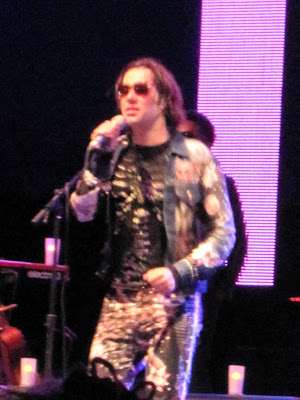 Final word?  If you ever get to see Rufus Wainwright in concert, GO!
Hugs,
Giselle Renarde
Canada just got hotter!

Posted by Giselle Renarde at 3:42 AM