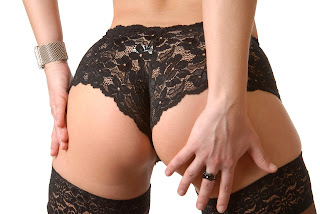 I'm about to make myself look like a big selfish jerk.

But that's because sometimes I am a big selfish jerk.  Be warned: there might be more honesty in this post than you can handle.  A commenter here on the blog once called me "scary honest."

Earlier this week, I tweeted that my girlfriend cancelled our plans because she'd slipped down the stairs and hurt her butt.  I faked sympathy, but yeah... I wasn't feeling it.  Why?  Because we've been together five years and in that time she's cancelled plans on more than five occasions because... "I slipped down the stairs and now my butt hurts."

That's in addition to "I walked into a bookshelf and now my foot hurts" (also this week), "The door blew closed on my hand and now my finger hurts," and a whole host of other "I did something dumb and now some random body part hurts" excuses.

I shouldn't say "excuses"... but it's pretty telling that that's the word I chose.  Almost makes it sound like I don't believe her.  I DO believe her, but I'm not sympathetic.

I feel guilty.  I feel like an asshole.  I feel like a selfish jerk.  She's in pain and instead of reacting like, "Oh, my poor sweetheart!  Let me take care of your poor injured ass," all I can think is: "Are you fucking kidding me?  Again?  Seriously? AGAIN?"

A better person would abandon all sense of self and just be compassionate.  One of my aspirations is to constantly evolve into a more compassionate person, and it's going really well... except where Sweet's concerned.  Because every time she cancels plans (and, honestly, it happens a lot), I tell myself to be concerned about her well-being first and foremost, but... I don't know what's wrong with me... all I can think about is myself.

I'm not getting what I want, and now I'm a petulant child.  We were supposed to go to the art show, the jazz festival--here, there and everywhere--and we've had these plans for MONTHS and now you're cancelling on me?  Again?  AGAIN?

And I can feel it coming when she's about to cancel plans.  I've even started having precognitive dreams (for the first time in my life) about Sweet cancelling plans.  So I know it's coming, and I tell myself, "Don't do it, Giselle.  Don't be an asshole.  Not this time."  But knowing in advance doesn't seem to make a difference.  Every time, I feel hurt and rejected and I react unsympathetically.

I'm not even going to try to redeem myself, here.  I'm an asshole.  I'm a jerk.  What I need from you is HELP.  Help!  I want to be a supportive, sympathetic, compassionate partner.  How do I stop being such a jerk?

Thanks and hugs,
Giselle

Posted by Giselle Renarde at 12:29 AM