FREE This Week: Spring Fever (a perfectly acceptable, not at all "obscene" story)

Friday, I told you Kobo had mysteriously "declined" four of my transgender romance shorts. (here's the link, if you missed it: http://donutsdesires.blogspot.ca/2013/11/kobo-declines-4-transgender-romance.html)

In response, I'm making my fiction involving trans and gender non-conforming characters even more accessible than ever. 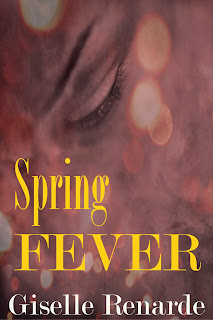 
Dotschy doesn't even want to think about love everlasting.

When spring comes around and she can't stop smiling at Connor the sweet and sensitive semi-closet trans-curious sometimes-crossdresser, she convinces herself it's just infatuation. But that doesn't stop her from wanting him.

When Connor puts on a skirt and heels to take Dotschy out on the town, can she set aside her fear of love and give in to spring fever?

This cross-dressing romance contains true love and explicit language. Previously published in the anthologies “Girls on Top” and “My Mistress’ Thighs.”

Connor stood before me in a light pink sweater with pearly plastic buttons. It was the type of sweater a mommy picks out for her little girl. That’s the spirit in which Connor dressed himself.

His skirt was a more mature grey, slit in the back and just covering his knees. Did he shave his legs? I couldn’t tell, through the pantyhose. His shoes matched his sweater. His nails matched his sweater. Connor pulled off the look beautifully. He looked almost elegant in his black Kiss of the Spider Woman wig. His boobs were full and pendulous, but he had a natural paunch to match.

Despite his height, he didn’t look curiously tall. He looked perfect, actually. His glasses were the same pair he wore as a man. They suited him both ways.

Soft. That was Connor dressed as a woman. He was soft. Soft pinks, soft body, soft curves. I ran my hand across his cheek. That was soft, too. No trace of stubble.

“You look beautiful.” I kissed his smooth cheek, lingering close. Those sparkling blue eyes were Connor. The clothes were different, but the person was the same. I would easily have made out with him, and not just to see if passers-by would throw stuff at us.

“A woman can say ‘fabulous.’ Anyone can.” Connor leaned close to my ear and whispered, “Dotschy, you’re gorgeous.”

My knees nearly gave out.

***
Pick up your copy today at Amazon: http://www.amazon.com/dp/B00GKOICR8

And at home in Canada: http://www.amazon.ca/Spring-Transgender-Genderqueer-Erotic-Romance-ebook/dp/B00GKOICR8/ref=sr_1_12?s=digital-text&ie=UTF8&qid=1384188892&sr=1-12&keywords=spring+fever 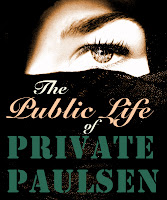 And, since it's Remembrance Day, here's a reminder that my transgender soldier love story The Public Life of Private Paulsen (it's a post-war historical) is also available for FREE at Coffee Time Romance: http://www.coffeetimeromance.com/BookStore/pubs_product_book_info/indie-authors-giselle-renarde-c-152_193/the-public-life-of-private-paulsen-p-10944

Friends of Dorothy
Dressing for Dinner
Third Rail
A Wolf in Grandmother’s Clothing
Eclipse the Stars
Licorne
Secrets of the Solstice Sacrifice
Everybody Knows
Glitter in the Gutter
…and more!

Giselle Renarde is a queer Canadian, avid volunteer, and contributor to more than 100 short story anthologies, including Best Women’s Erotica, Best Lesbian Erotica, Best Bondage Erotica, and Best Lesbian Romance. Ms Renarde has written dozens of juicy books, including Anonymous, Ondine, and Nanny State. Her book The Red Satin Collection won Best Transgender Romance in the 2012 Rainbow Awards. Giselle lives across from a park with two bilingual cats who sleep on her head.
Posted by Giselle Renarde at 12:09 PM