Lexi Wood's been up to no good... (yes, we're talking taboo erotica) 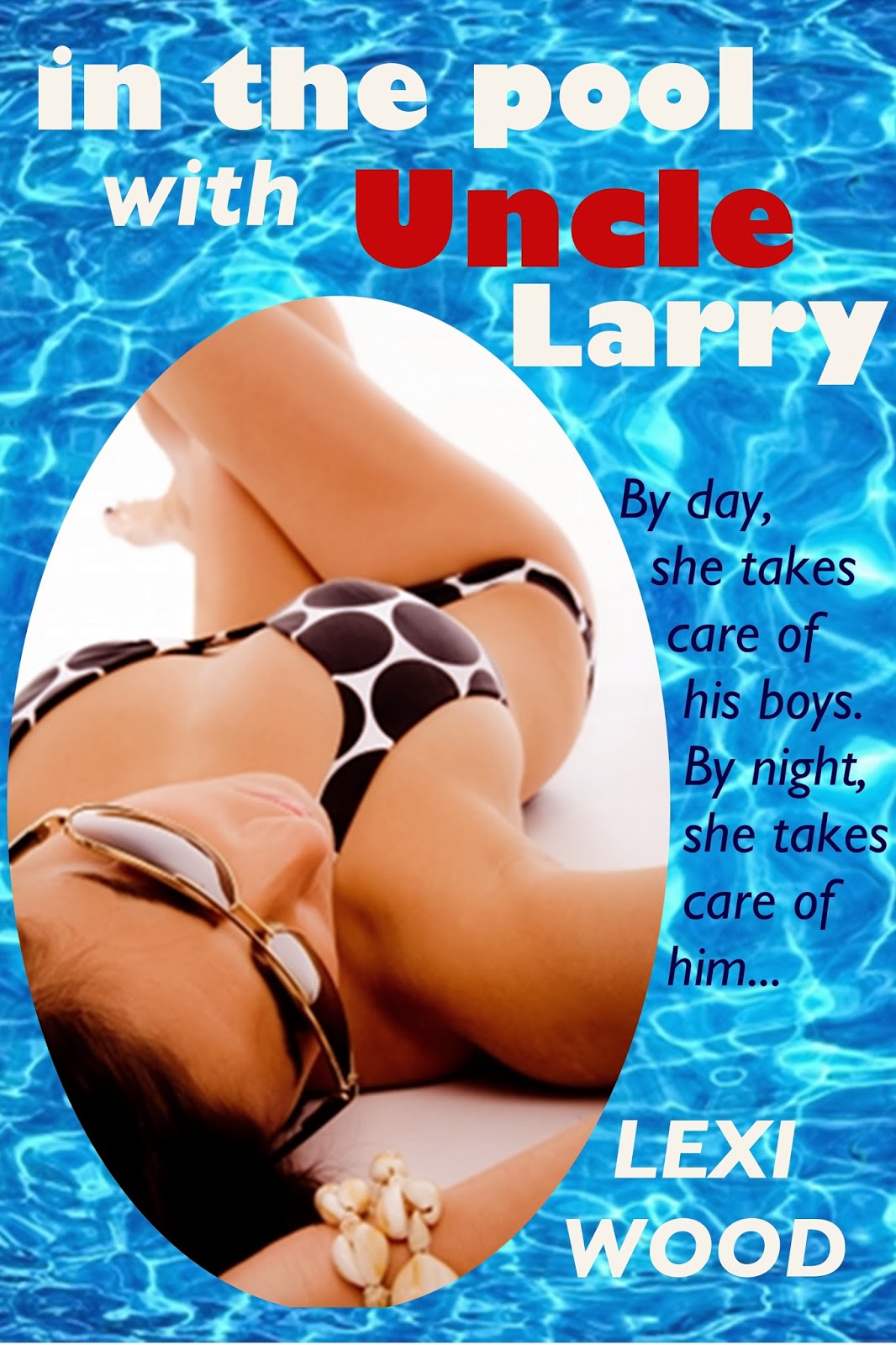 A certain sock puppet called Lexi Wood has recently taken over my computer and my self-publishing accounts. Not just that--she also convinced me to create book covers for this new series of taboo smut she's cooked up.

Her stories are about Uncle Larry, whose wife has just left him, and his niece Theresa, who's come to live with him and babysit his boys for the summer.  Even though they're only related by marriage, they know how wrong it would be if they surrendered to temptation... but I have a feeling they'll go through with it anyway. That sort of thing tends to happen in smut.

The first story is available now:

In The Pool With Uncle Larry (at Smashwords)


In The Pool With Taboo Larry (at Amazon) 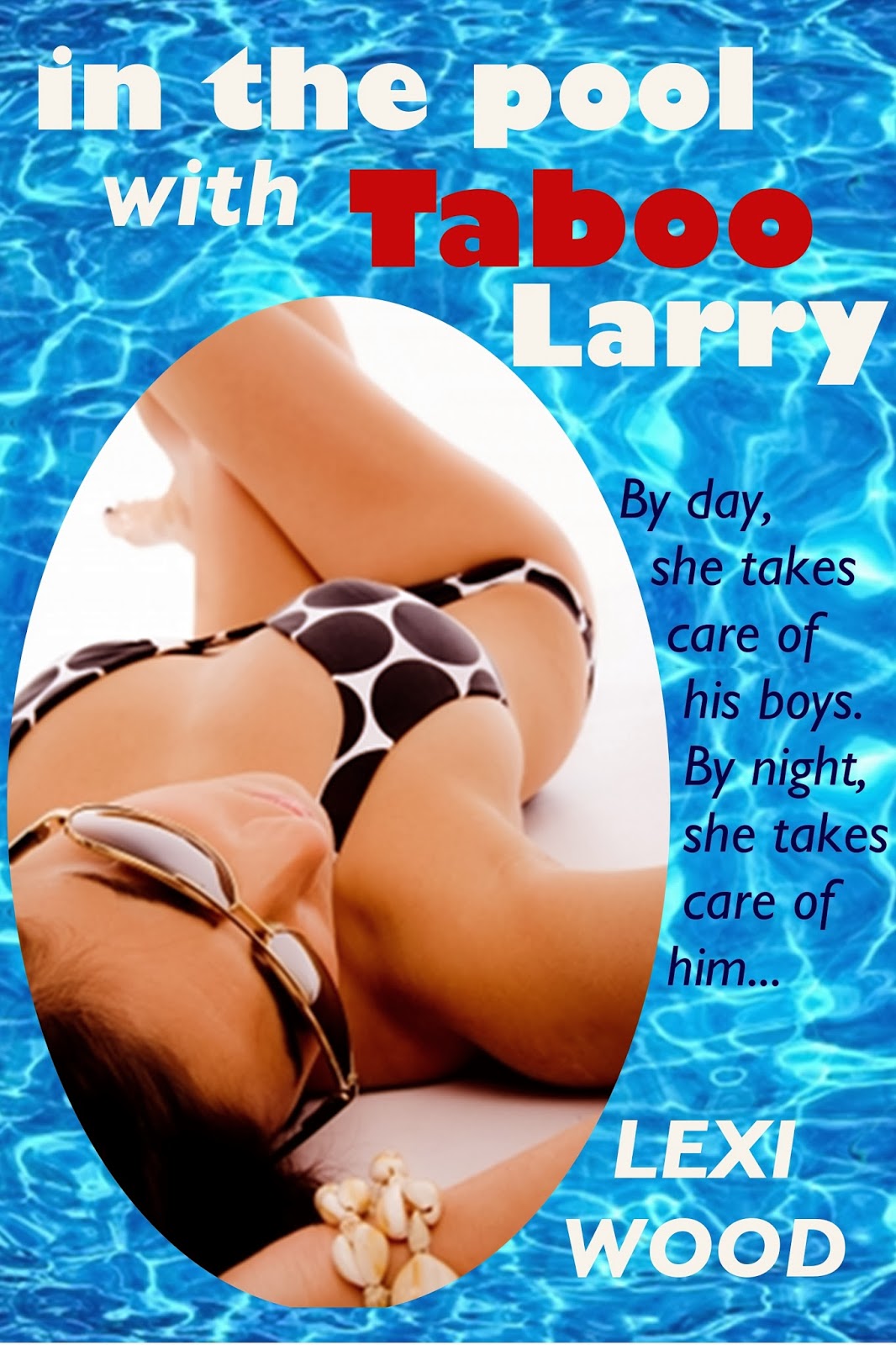 Oh, there are about a million reasons why Theresa should keep her paws off Larry. For starters, he’s her uncle. In case that’s not enough, she’s been playing nanny to his kids since their mother ran off. When Uncle Larry catches Theresa alone in the pool at two in the morning (and doing more than just skinny dipping), they can’t resist any longer. Why does something so wrong feel so right?

There’s no way the boys—or anyone else—can find out what’s really going on. It’s too taboo…

LEXI WOOD is a sock puppet who came to life one night while her keeper was out picking up Chinese food. When nobody’s around, she bashes her face against a typewriter until stories come out. And those stories are shocking.

Lexi’s exterior is 53% acrylic, 37% nylon, and 10% recycled tinsel. On the inside, she’s full of bloodlust, wanderlust, lust-lust, bathtub gin, and pills she found on the floor. She also got into those tranquilizers you give your cat to get it in the travel carrier. You shouldn’t leave those things lying around.

When she’s feeling dirty, Lexi likes to be held in soapy water and rubbed vigorously. In her spare time, she sits on the shelf, waiting for someone to shove a fist in her hole.
Posted by Giselle Renarde at 9:22 PM