Remembering My First Edit (When I Decided to Quit Writing Forever)

No writing today.  I got some very thorough edits back on an upcoming novel, so that's where my attention's been focused.

But as I filter through my editor's notes and happily make changes to the manuscript, I can't help remembering the very first edit I ever received, on my very first ebook ever published.  This would have been in 2007 or so.  That ebook was The Birthday Gift.

I'd only started writing professionally a year earlier. Some of my short stories had been published in Hustler Fantasies and now-defunct websites. Having lost my day job, I dove into writing. I wrote a lot, and I wrote fast.

At the start of my career in erotica, I was shopping Ondine and the manuscript that eventually became Good Bi Valentine around to publishers, but two things stood in my way:
So, while Ondine was being rejected by publishers left, write and centre (and while some very lovely editors provided me detailed analysis and advice), I got to work on another story which would, hopefully, capture the market's interest.

The Birthday Gift started life as a 7,000-word MMFF menage story.  I realize now (though I didn't at the time) that it was inspired by Patrick Califia's story "The Surprise Party" which I'd studied at the University of Toronto, if you can believe it.

When The Birthday Gift was picked up by the now-defunct Dark Eden Press, I was over the moon. We're talking deliriously happy.

And then my first round of edits came in.

I still remember the sensation in my head as I read the editor's initial comments.  It felt like fire ants were eating my brain.  It HURT. Physically.  Because, though the editor wasn't mean or nasty about it (I've encountered some since who have been, so I can tell the difference), she made it clear that The Birthday Gift was nowhere near ready for publication. It would require three rounds of intensive edits. AT LEAST. I got the sense that she didn't feel the publisher should have contracted the piece in the first place. She was probably right, but what did I know?

Excellent question: what DID I know?  About writing? About the market?

Nothing!  I knew nothing. I knew nothing about the technicalities of writing. The editor taught me (I kid you not) what POV was.  She taught me deep third.  She laid my foundation.  Not even kidding. I don't know where I'd be today without her.

I came into writing so naively that, if I'd known at the time how ridiculous I looked, I'd have never tried to get anything published.  Maybe ignorance really is bliss.  Or, at the very least, it allows us to take risks we otherwise wouldn't.

But I still remember that feeling of utter humiliation when I realized I'd put my work out there knowing nothing about anything.  As I worked on the first round of edits for The Birthday Gift, I said to myself (and to others), "That's it. I'm never writing anything ever again."  Editing was too hard.  I was learning how to write, basically being tutored in the craft, and trying to incorporate those lessons into my work in the span of mere weeks.  Of course it was hard!

But I did it because I had a contract. After the first round of edits came a second. I worked just as hard, felt just as embarrassed, and learned just as much. And on, with the third. And on. By publication time, the ebook was something like 15,000 words.  Yes, the word count more than doubled, in edits. (Now I have the opposite problem--I write too much and need to cut my stories down to size.)

Somewhere along the lines, the pain and humiliation fell away.  I worked on new manuscripts. "Good Bi Valentine" found its first home at Ruthie's Club, an erotica website that has since gone out of business.  I revised Ondine about 40,000 times and kept shopping it around until it was picked up by eXcessica in 2010.

For years after The Birthday Gift, I dreaded edits. Now they're just another aspect of the job, for the most part. I'm much more attuned to individual editors' personalities at this point. I gravitate toward publishing houses whose editors work with me to better my writing and away from those where editors seem to get their jollies out of launching holier-than-thou insults.  Editing should be a collaborative effort, not a combative one.

Ultimately, the editing process can't be about ego. It can't be a tool to inflate one party and deflate the other. It has to be about the work. Nobody should feel beaten down at the end of the process, though I suspect many do feel that way, on both sides of the pen.

I happen to be working with a great team at the moment, so back to work...

But if you're interested in reading Ondine and Good Bi Valentine in their 14-bajillionth incarnations, both stories are available (along with a 20th-century historical called A Little Burlesque) in my lesBIan collection, newly available in print: 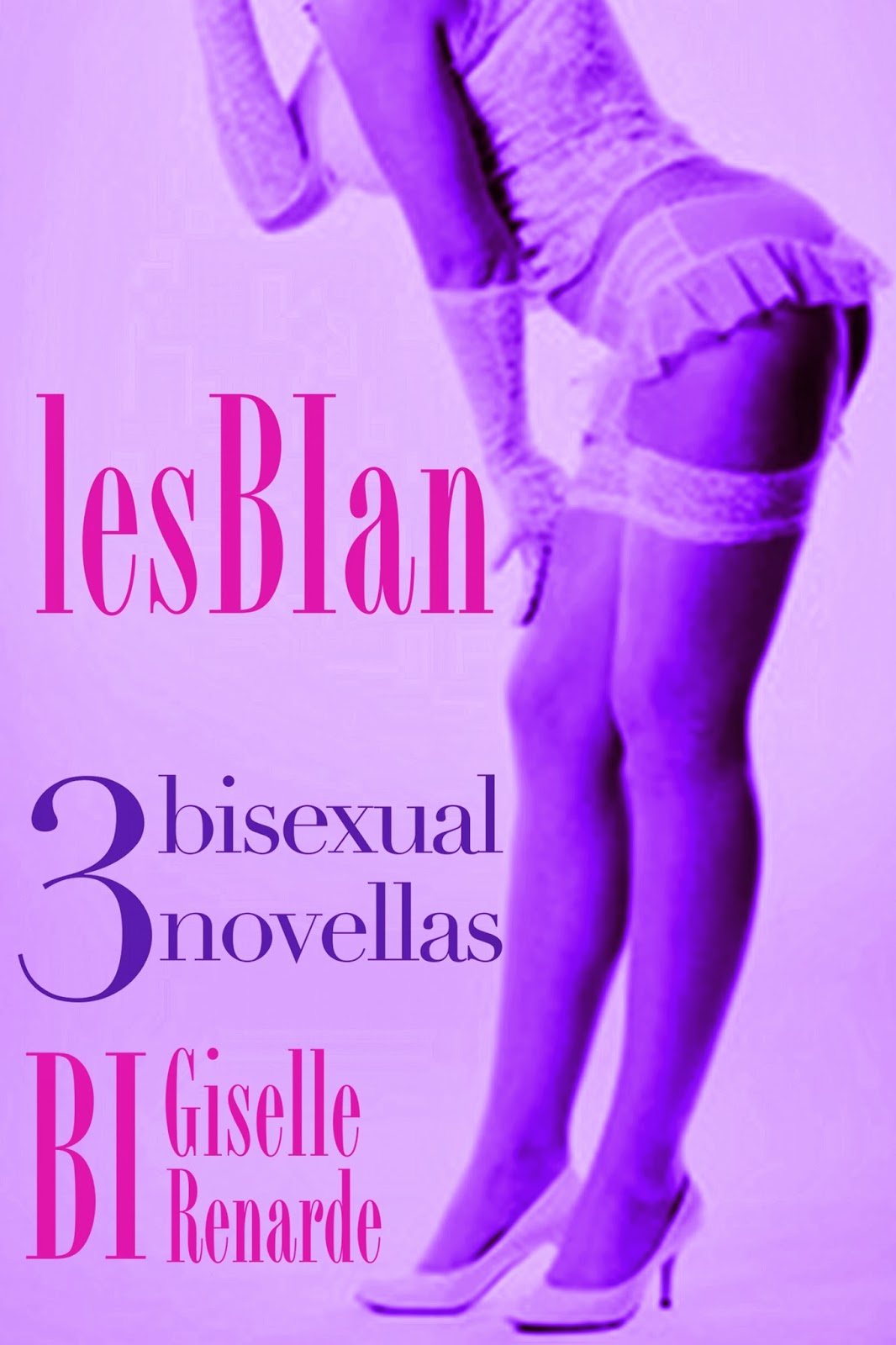 You can get lesBIan: 3 bisexual novellas RIGHT NOW at CreateSpace: https://www.createspace.com/4603097 and if you wait a day or two it should be available from Amazon. It's already listed there as an ebook, though the ebook is titled lesBIan Box Set. (Actually, you can get the ebook from All Romance and a bunch of other vendors, too, if you're not an Amazon person.) 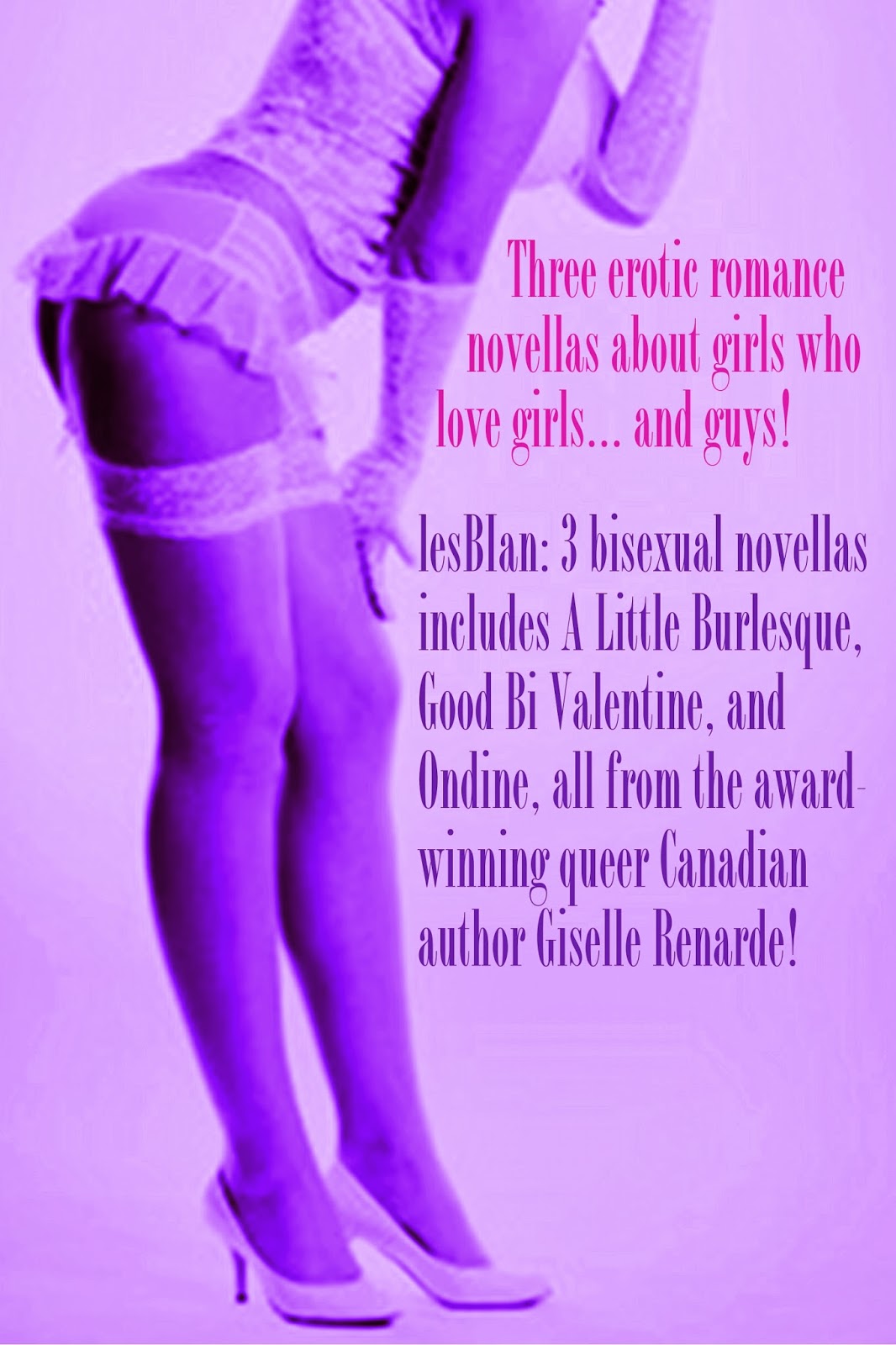 Posted by Giselle Renarde at 6:58 PM