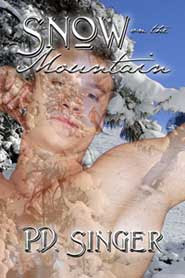 Hee -- it means 'not kinky.' Back before I got corrupted/enlightened by my reading material, it was a flavoring for sweets.

I was taking my kids to preschool in my Honda Passport, a mid sized SUV, when we got T-boned by a moron driving a van, yapping on his cell phone. He was slowing down for his red light, and then he must have punched the gas because I could see his face through the windshield, both of us realizing he wasn't going to stop, and then the truck slewing around and hitting the curb. The momentum nearly took us over. The tipping up, then settling back to four tires, lasted approximately a week. The kids were unhurt, and my injuries were negligible, but the truck had to be scrapped.

Quintet, directed by Robert Altman, hands down. Quite apart from the fact that the last remnants of a dying humanity began to kill one another as part of a game, all the dead bodies (lots, from cold, hunger, age, the game) were left to lie around, and packs of big, shaggy, Newfoundland-type dogs ate as much possible before they froze solid. The characters did not seemed disturbed by this, or even to notice. The soundtrack was heavy on the eating noises. I left the movie about halfway through, and I have no idea how it ends, nor do I want to know.

Invisible. I am the person least likely to get ink put into my hide.


5. How many monkeys jumping on the bed?

All of them -- have a good time jumping, and when a head gets bumped, kiss it and make it better!

Oh agh -- that's like asking me which of my kids I love best. Each story is special to me for some reason, but if totally pressed, it would be Snow on the Mountain, just for way the characters evolve. Hyper-competent Kurt shows some flaws, under-skilled Jake finds some chops, and unhappy Mark found a whole other novel (Fall Down the Mountain) after getting tormented here.

Snow on the Mountain

The rich, the famous, and the most serious skiers come to Wapiti Creek, where Jake helps them onto the lifts and Kurt improves their skiing skills. It’s perfect winter work for men who love the outdoors but like the comforts of hot water and a big bed when there are several feet of snow on the ground.

For rangers who have been mostly alone with one another for months, it’s a big change to rejoin civilization. Making friends is tough, especially when a ski patrol finds Jake far too appealing for Kurt’s peace of mind, and why does everyone snicker about the Alpenschlossl Ski School? For two men still finding their way as a couple, it isn’t clear if the biggest danger comes from vicious coworkers, would-be friends, the mountain, or each other.

At Torquere: http://www.torquerebooks.com/index.php?manufacturers_id=275&main_page=index
Posted by Giselle Renarde at 10:14 AM