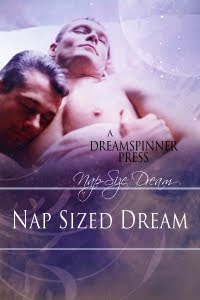 Title of Work: Junk
Sequel to "Vintage Toys for Lucky Boys"
A Gay Transgender Christmas Romance
By: G.R. Richards
Buy Link: http://www.dreamspinnerpress.com/store/product_info.php?products_id=2075
“Junk” is the term Randy uses to describe the contents of innumerable storage boxes strewn about his boyfriend Max’s living room, dining room, and even bedroom. All this “junk” is merchandise: Max and Randy deal in antiques and ephemera. The problem is that it's everywhere. Max is too emotionally attached to sell a lot of it, and Randy's starting to think material possessions mean more to Max than he does, just when he needs Max’s support the most: at the beginning of Randy’s transition from female to male.
Excerpt:
WHY do you want to change your name? Print all the reasons.
Randy stared at the clump of jumbled letters on the page. He really had to focus in order to make them into words again. Seven sections to fill out. The application was twenty pages long. He squinted at the blank lines waiting to be filled.
So, why did Randy want to change his name? He sighed before putting pen to paper. I am transgender, and I no longer wish to be known by my female name. I want to live the rest of my life as a man and be addressed by my male name in all government communications.
I am transgender. He’d never written those words down on paper before. They looked funny. Should he have put “transsexual” instead? That might sound more medical, make it seem like there would be some horrible health impact if the government didn’t grant his request. Maybe he should write more. Should he? No, it was fine the way it was. Max was always telling him to maintain a positive outlook.
Certainly, transitioning from female to male seemed like a good reason for a name change to Randy, and to Max, and even to his mother, but the government made the final decision. Boy, was he ever lucky to have such a supportive mom, not to mention a boyfriend who fully accepted him as a guy. Randy smiled at the application form. This was the first step to being formally acknowledged as the man he knew he was. How could he not be happy?
The bells on the shop door jingled downstairs, and Randy’s heart jumped into his throat. Shit! Max was back from the market already! He thought he’d have more time to work on this thing, but Max’s feet were already thumping up the staircase. Randy considered cramming his application beneath the couch cushions, but he didn’t want it to get all crumpled. Where could he hide a stack of paper?
Pulling last month’s copy of Men’s Health from the floor, Randy jammed his forms at the back. He tossed the magazine to the ground and picked up his laptop from the coffee table just as Max’s heel hit the top step.
“I saw that,” Max said, laughing. Randy’s hunka hunka burning bleach blond boyfriend traipsed into the kitchen with a big black shopping bag in each hand. “Reading magazines when you’re supposed to be getting the website up and running? For shame!”
Buy Link: http://www.dreamspinnerpress.com/store/product_info.php?products_id=2075
Posted by Giselle Renarde at 8:07 AM