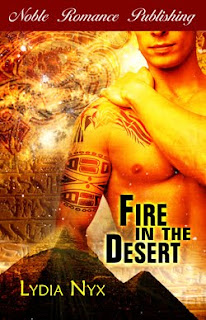 1. What does "vanilla" mean to you?
LN: It's the scent I wear all the time! I really like the smell of vanilla. If you're talking from a writing or sexual perspective, I can never think 'vanilla' so I would say having sex with ice cream involved?

2. Is there any moment from your life that you remember in slow motion?
LN: Yes, when I came home from work to discover I'd been burglarized. The first thing I saw was the light on through the window and I knew instantly something wasn't right. Having to creep into my own apartment, hoping the thieves weren't still there, was the most chilling feeling. They took my laptop too, which meant I lost some of my writing.

3. What's the most unsettling movie you've ever seen?
LN: Precious. Incredible acting and the story will leave you feeling like you've been punched in the gut. It's a really, really harrowing movie and you need a strong stomach to get through it.

4. If you had to get a tattoo on your face, what would you want it to look like?
LN: A woman I know, her husband is a tattoo artist and he tattoos permanent makeup on people. I think that would make my life so much easier, especially when I have to work in the morning.

5. How many monkeys jumping on the bed?
LN: The REAL question in my life is: how many pesky cats jumping in my bed and waking me up in the morning because they're awake and everyone else should be too?

LN: Probably Fire in the Desert. It can be expanded into a much bigger, even novel-length story, which many people have told me. I plan to get around to that one of these days when I don't have a million other projects on my plate!

Garrett Thomas is one of the world’s leading cryptozoologists. When he gets a tip a dragon—the holy grail of his field—has been spotted in the Sahara desert, he jumps at the chance to locate and document this elusive creature. As further incentive, his old college friend—and lover—Keegan Richards is currently on an archeological dig in Egypt. Keegan possesses a powerful supernatural ability called the Mystic. When Garrett sees his old flame after a year of separation, he finds not only has Keegan’s power increased so he has full command of the element of fire but he’s grown a thousand times more beautiful and exotic. After Garrett has a strange and erotic dream about him, Keegan inexplicably grows cold and tries to send Garrett home with his mission unfulfilled. Garrett stays in Egypt, however, and when he finally enters the dragon’s lair, he finds what he’s looking for—but not the way he expected.